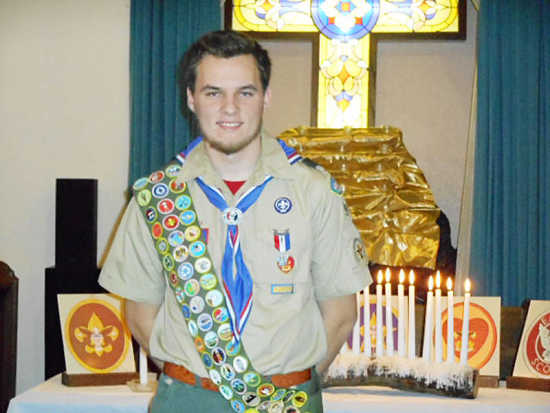 During his recent Court of Honor ceremony, Sedrick William Weinschenk became the latest Eagle Scout with Greencastle's Boy Scouts of America Troop 99. The Eagle Scout rank is the highest rank a boy can receive in the Boy Scouts, with fewer than four percent reaching this rank during their scouting career.

Weinschenk is the son of Rod and Staci Weinschenk of Greencastle. 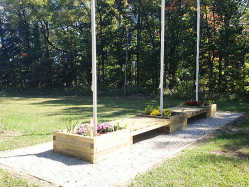 Weinschenk organized and led other scouts, friends and adults with the erection of three flag poles and the construction of three flower boxes and connecting benches at Camp Friend. The camp is located south of Greencastle on Manhattan Road and owned and operated by Putnam Friend of Youth Foundation, Inc.

Weinschenk would like to express his thanks to everyone who attended his ceremony, helped with the donations of funding and supplies and helped construct the three flag pole project.

For more information about the Boy Scouts of America Troop 99, contact Scoutmaster Tom Standers at (812) 240-5870.