The bill, which was passed Monday and will now be sent to the Indiana Senate for further consideration and debate, is designed to allow the Invasive Species Council to continue to operate until July 2023. 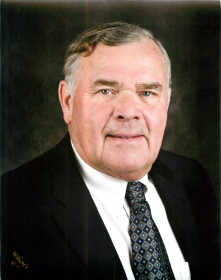 If enacted, the council would be able to make a greater impact on the control of invasive species of Indiana, Baird said.

"The council monitors invasive aquatic and terrestrial species and pathogenic organisms impacting the ecological systems in our state," the Greencastle lawmaker said. "I'm confident the extra eight years will allow them additional time to address wildlife and environmental issues posed by invasive species."

The Invasive Species Council is made up of various state agencies, public sector experts and academia.

Its goal is to create a larger conversation about invasive species in Indiana in order to track and combat them if necessary. Already it has created an app for smartphones, Great Lakes Early Detection Network, to make reporting invasive species of plants or wildlife easy for the public.

"Invasive species such as the Asian longhorn beetles and Kudzu, a plant that grows rapidly over trees or shrubs and kills them by heavy shading, cost the hardwood industry millions of dollars every year," Rep. Baird noted. "I'm proud to help this council continue to search for ways to control these and other species that are harmful to their surrounding environment, as well as various industries."

For more information on HB 1501, interested persons are advised to visit iga.in.gov.

Rep. Baird represents all of Putnam County, as well as portions of Clay, Morgan, Owen and Parke counties.