He is survived by his wife, Harriet Jane of Galveston; and two grandsons, Joshua O'Neal Coffey and Benjamin O. Coffey of Cedar Rapids, Iowa. 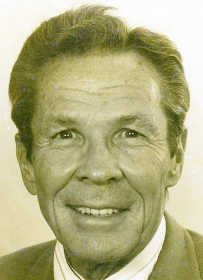 Jack's family moved to Greencastle in the year 1930. He was graduated from Greencastle High School in 1938.

In 1942, he was graduated from Indiana State University. While at Indiana State he was elected junior class president, was made a member of Blue Key National Honor Society, played football, was on the boxing team and in his senior year he earned his pilot's license. Mr. Coffey graduated in 1942 with a B.S. degree.

Upon graduation from Indiana State, Mr. Coffey enlisted in the U.S. Navy's Aviation Cadet Program. His first base was Lambert Field, St. Louis, where the cadets trained in the Stearman bi-plane, "Yellow Perils." His flight training was completed at the Navy's Pensacola, Fla., flight school in May 1943. He opted to become a torpedo pilot, and finished operational training at Jacksonville, Fla., in August 1943.

Jack was assigned to Air Group 14, then being formed at Providence, R.I., Air Group 14 was in turn assigned to the carrier USS Wasp being built in Boston. In early 1944 the Air Groups and the Wasp went on a shakedown cruise in the Caribbean Sea. After this cruise, the ship headed for the Pacific Theatre of War via the Panama Canal and Pearl Harbor.

Jack's first combat was in May 1944 against the Japanese held islands of Wake and Marcus. He went on to fly a total of 36 missions, two against the Japanese fleet in the battles of the Marianas Sea and the Philippine Sea. He sunk a large tanker in Manila Bay and destroyed by strafing a total of six Japanese aircraft, and had several bomb and strafing hits on the enemy held islands of Wake, Marcus, Saipan, Guam, Tinian, Rota, Palau, Iwo Jima, Okinawa, Mindanao, Leyte, Formosa (Taiwan) and flew air cover for the Marines and Army on their invasions of Saipan, Guam, Leyte Gulf and Luzon.

His airplane was crippled in September 1944 and he was forced to land in the ocean, just off the island of Luzon. He and his crew of two were able to extract the life raft from the airplane before it went under. Later that same day they were picked up by the destroyer escort, the USS Fletcher. The following day, they were put in a bucket, transferred to a jeep carrier supply ship where they picked up a new airplane and were catapulted aloft to fly back to the Wasp. This aircraft was the fourth new aircraft issued to Jack in less than five months of combat.

Upon completion of this tour of combat in November 1944, Jack volunteered for the second tour in the Pacific. This time out he flew the F4U-4 Corsair. A single-seat combination fighter and dive-bomber. The air group was assigned to the carrier, USS Intrepid. The unit formed and trained in San Diego and went on to Hawaii in preparation for the October 1945 invasion of Japan.

He returned to civilian life in November 1945, and worked briefly at Haynes-Stellite in Kokomo.

In November 1946, he went to work for Stewart Warner Corp, in Indianapolis as a sales-trainee.

Jack spent most of his work career of 36 years with Stewart Warner. He was promoted in 1952 to aircraft and military sales manager at South Wind. Then in 1959, marketing manager of the Electronic Division in Chicago. He was promoted to vice president and general manager in 1965 of Stewart Warner's new start-up operation in Sunnyvale, Calif., where it made integrated circuits. The Microcircuits Division was sold to Phillips Electronics in 1978. After this Jack worked again at the South Wind Division and at the corporate headquarters where he was assistant general manager of the Instrument and Alemite Division.

He retired in 1988 and lived briefly in Indianapolis and then Lake Ozark, Mo., before returning to Galveston in 2001.

His body will be cremated and buried in the Coffey Family Plot at Highland Lawn Cemetery in Terre Haute. There is to be no wake or funeral services.

Online condolences may be sent to his family at www.murrayweaverfuneralhome.com.