CLOVERDALE -- In a monthly meeting that was at times tense, occasionally contentious, Cloverdale Building Inspector Mark Cassida's report to the town council Thursday evening was a few moments of unequivocal good news for the town and its economy.

Cassida's monthly report to the board was a string of eight unconnected pieces of news that add up to a lot of new growth, change or development for local businesss or organizations. 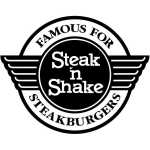 Most visible among these will likely be the addition of a Steak 'n Shake franchise that will mean the expansion and remodeling of the old Wendy's building at 1015 N. Main St.

The Wendy's franchise shut down in April 2014, reportedly only for remodeling, but has remained closed.

No word was given on an estimated opening date.

While the new restaurant is good news for steakburger lovers, it was by no means the only positive Cassida reported.

Putnam Plastics has purchased a permit to add on to its facility, as has Soul Harvest Church and Cloverdale Lumber, which will build one or two warehouse buildings for lumber storage.

Two Cloverdale businesses will be changing hands and upgrading the facilities. The Rebel Saloon will soon become Halftime Sports Bar, while Pizza, Spuds and Stix will keep its name but undergo a remodel with new ownership.

Finally, a new carpet store will be built in the lot north of the Holiday Inn Express.

"So, we've got a little bit of stuff happening for a change," Cassida said.

It was a wave of positivity for a meeting that opened with discussion of ways to deter the kind of "stuff" residents would prefer not to see in the town.

Mike Williams of Tyco Integrated Security presented the council members with a proposal for security cameras at town buildings.

The system would include two camera units for surveillance at Town Hall, as well as one each at the water plant and the wastewater plant.

Williams said such systems are much simpler than they used to be, requiring only the cameras themselves, electronic locks on each door and small interface boxes that communicate wirelessly with the town's computer network.

Town Marshal Mike Clark, who was at a different meeting at the time of the presentation, was reported to be impressed with the system. The ability of the cameras to zoom in with good resolution might have provided police with a license plate number of face had they been in place when someone broke the front window of Town Hall in early February.

Williams added that cameras could easily be added to the system, a prospect that intrigued the council. Interest was expressed in additional units at both the Cloverdale Park and the town water tower.

The estimated cost of the system is $18,000, with no additional monthly fee. The cost will be more if the council chooses to add more units.

The council authorized Clerk-Treasurer Cheryl Galloway to continue working with Williams on assessing the town's needs. Final approval will come back before the council.

Chilly conditions in the meeting room provided a constant reminder that Cloverdale Town Hall is undergoing a sizable renovation. The project is progressing, but with a few slight changes.

The council approved three changes orders that include installing the carpet in tiles rather than rolls, a canopy for the new entrance on the south side of the building for the meeting room and a door for the town manager office, which was originally intended to be a door-less storage space.

Galloway told the council the work was the completion of an earlier paving project in which the town found the work to be insufficient. Black Diamond returned to repave the area, but at added cost to the contractor because the normal asphalt plant was closed for the season.

In turn, Black Diamond tried to pass this cost along to the town.

Town council members were none too happy.

"The way I recall, he didn't do it right (the first time)," Don Sublett said. "Then he came back to fix it and that's what he's charging us for."

Town Attorney Alan Yackey reminded the board they were under no obligation to pay, as the work simply completed the terms of the original contract.

The board was unanimous in denying the claim.

* The town is bearing one cost that may not be its own doing, deciding not to fight a possible claim against a tree trimmer after a broken line in the Stardust Hill subdivision.

Wayne Galloway reported that the town had to repair a broken line in Stardust Hills on Feb. 9. The line was broken between two houses in the very spot where the tree trimmer's truck had gotten stuck only hours earlier.

The town contacted Stardust Hills developer Don Gedert, who had hired the trimmer. However, Gedert refused to identify the contractor, believing there was insufficient proof as to what caused the water leak.

"I object to the accusations that this is the fault of the tree service truck," a perturbed Gedert told the board. "We've been driving in and out of these lots for 30 years. This is the first time I've ever had a question or a challenge or a problem."

Yackey advised the board that litigation is a possibility, but that it may not be worth the effort for what is ultimately a $700 problem.

"Ultimately, you can get the name of the company if you want it," Yackey said, later adding that any attorney fees would dwarf the $700 it is currently costing the town.

Board member Larry Fidler spoke up in favor of dropping the issue.

"I don't think any of us like billing this or fighting," Fidler said. "I think we should let it go."

The board unanimously agreed.

* The final issue on the agenda, added by board president Coweta Patton, was a raise for Yackey, who has been working for the same rate since 2008.

Yackey told the board that since he began representing Cloverdale in late 2007, he has not changed his hourly rate of $145.

Additionally, Yackey receives a monthly fee that includes his presence at all town council meetings and 30 minutes of phone time with each council member. Originally, his base rate was $600, but Yackey voluntarily cut the rate to $300 when the economy tanked in 2008.

Board member Gary Bennington said he would agree to the raise if Yackey would agree to attend only the town subcommittee meetings that the board requests, as these are subject to the hourly rate.

Yackey and Patton both indicated this was unwise, as many of the town's problems prior to Yackey's arrival involved the town not following sound legal advice.

Seeking some middle ground, Fidler made a motion to agree to the proposal, provided that meetings be organized and efficient when the town is paying the hourly rate.

The measure passed 3-1 with affirmative votes from Patton, Sublett and Fidler and a negative vote from Bennington. Board member Cindy Holland was not present.

The Cloverdale Council normally meets on the second Tuesday of each month at 7 p.m. The next meeting is slated for Tuesday, March 10 at Cloverdale Town Hall, 154 S. Main St.