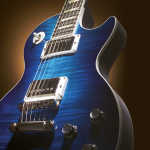 The Greencastle Civic League is preparing to sponsor its 22nd season of ParkFest, a series of concerts that take place on Tuesday evenings from 6:30-8 p.m. each summer at the bandshell at Robe-Ann Park.

The Civic League offers these free concerts as a way to provide a cultural opportunity for the city and to thank citizens for the support they have shown the organization for more than 30 years.

Individual musicians and groups who are interested in playing to a local audience should submit three songs, a biography, photographs, their current performance schedule and a link to their website (if available) to LaToshia Everson at teverson123@yahoo.com or The Greencastle Civic League, Attn: ParkFest, P.O. Box 367, Greencastle, IN 46135.

In addition to performer submissions, the ParkFest committee is also seeking community and corporate sponsors for the 2015 season. Interested individuals, organizations and businesses can learn more about the benefits of sponsorship by contacting Latoshia Everson. Performers from last season should indicate their desire to be considered for a performance but do not need to submit new materials.