Indiana Court of Appeals in Greencastle on March 18

For the 10th time in the last 11 years, the Indiana Court of Appeals will come to Greencastle and the campus of DePauw University to conduct a session which the public is invited to observe. 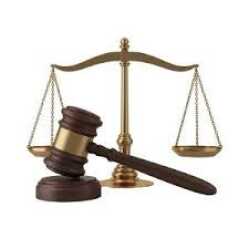 On Wednesday, March 18, the court will hear oral arguments in the case of Mike Winters v. City of Evansville.

The presentations, which are open to the public, will begin at 1 p.m. in the Inn at DePauw's Social Center before a three-judge Court of Appeals panel. Normal courtroom rules of decorum will apply.

At the conclusion of the oral arguments, the judges plan to answer questions from the audience, although they must refrain from discussing the particular case being considered.

The case in question involves a former police officer's lawsuit against the City of Evansville for wrongful dismissal from the police force.

The DePauw department of political science is again hosting the event. The Court of Appeals hears several oral arguments each year at locations around the state to enable citizens to learn about the judicial branch.

"Here at DePauw we often have visitors speaking about public affairs and various aspects of the American political system," Bruce Stinebrickner, professor of political science and coordinator of the visit, said. "On March 18, our visitors will be conducting state government business, not just talking about it. It's an unusual and fascinating opportunity for every citizen to better understand how our system works."

The three-judge panel conducting the oral arguments will be Margret G. Robb, the first woman ever to serve as chief judge of the Indiana Court of Appeals; Terry A. Crone, a 1974 graduate of DePauw; and Cale J. Bradford.