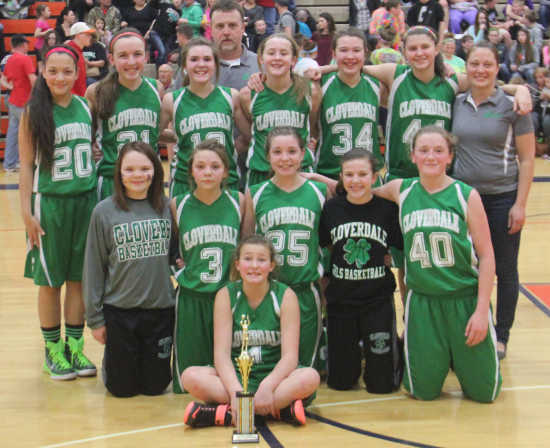 The Lady Clovers completed their championship run in the seventh-grade County Tournament with a 14-0 season. (Banner Graphic/JAY LOCKETT)

ROACHDALE--It was a busy day for middle school girls' basketball teams when all four county schools competed in the Putnam County Tournament Thursday.

North Putnam hosted two close games with a rematch between North Putnam and Cloverdale in the seventh-grade match up, ending 27-16 in Cloverdale's favor and a come-from-behind victory from Greencastle over South Putnam 38-28 in the eighth-grade game.

The Cloverdale win completes the perfect season as the Lady Clovers finish 14-0 for the first time in the school's history. 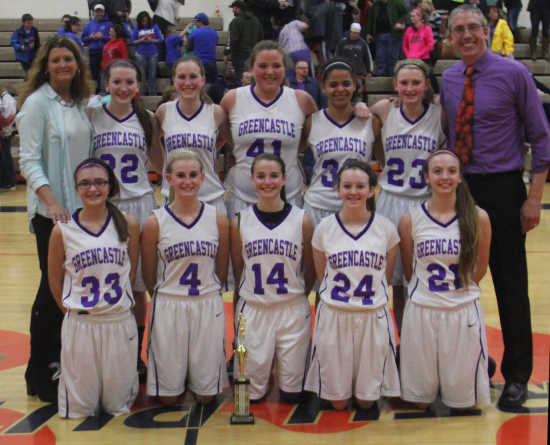 "Matthew Langdon and myself have coached these teams since they were in the fourth grade and its finally paying off," CMS coach Travis Dorsett said.

Greencastle's eighth-grade team's record for its career at GMS is 28-3 with two Putnam County championships. The Lady Tiger Cubs cap their season with a 13-0 record.

North Putnam started the seventh-grade game aggressive, attacking the paint and pushing the ball up the court. Hannah Simms made two shots from the foul line and Camryn Albers scored two from the floor. 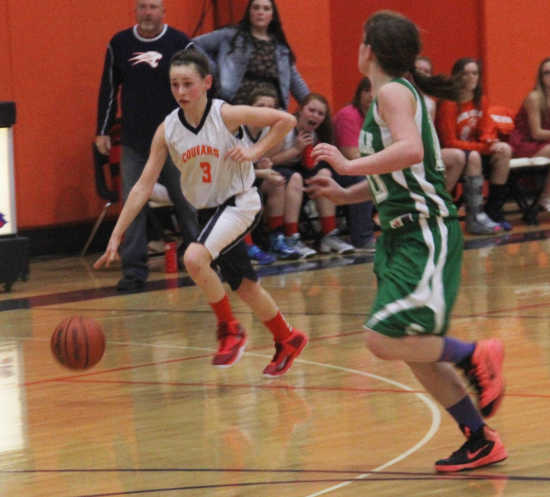 In the second half North Putnam fought back, scoring five points with Sims scoring four and Dana Tennis adding a foul shot.

Cloverdale's foul shooting helped it maintain the lead against a Cougar team that continually attacked the basket. 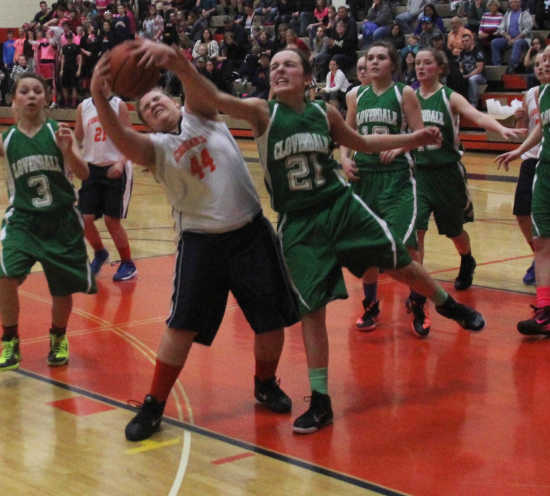 "It helps when you've got an eighth-grade team that beats them around because they are so big and aggressive," Dorsett said. "It'll only make them that much better."

Cloverdale capitalized at the line and that helped the Clovers score six and take a 12-8 lead into halftime.

The battle turned into a defensive one in the third when each team became stingy with points. The Clover full-court pressure made it hard for the Cougars to get up the court but good transition defense limited the Clover scoring in the second half. 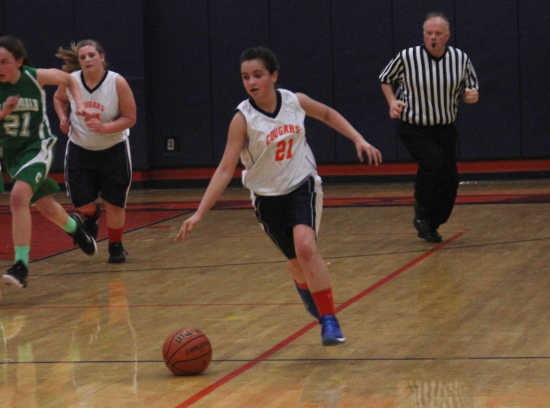 "I'm very proud," NPMS coach Shawn Tennis said. "This team early in the year killed us. We kept up with them and we changed our plan. We fought all the way through. It was heartbreaking for them to lose this game but they played very hard."

A three from Dana Tennis and a Baylee Osburn bucket from North Putnam was not enough to overcome Cloverdale's 11-point fourth quarter.

Price scored nine of her game-high 15 points in the fourth, completing her double-double with 11 boards. 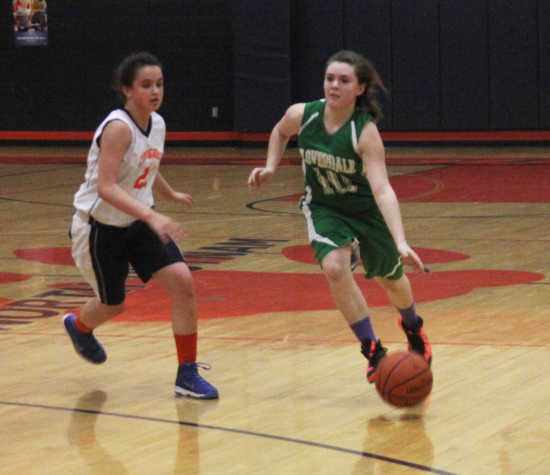 "They became more of a team," Dorsett said. "More like a family. They move the ball well and it's not about 'I'. It's about the team. That's something they need to take up and on through the years with them."

The eighth-grade game started in GMS favor but it was short-lived. After only two foul shots by Drew Bratcher, the Eagles went on a 14-1 run in the second quarter, with 11 coming from Caitlin Capps. She nailed three from long-range and three from the foul line.

"The first time around we had a hard time with the full-court press," Eagle coach Johnnie Briones said. "We threw the ball away too many times. This around we changed things up. We did a fantastic job. Our zone defense was pretty effective. I was really proud of our girls." 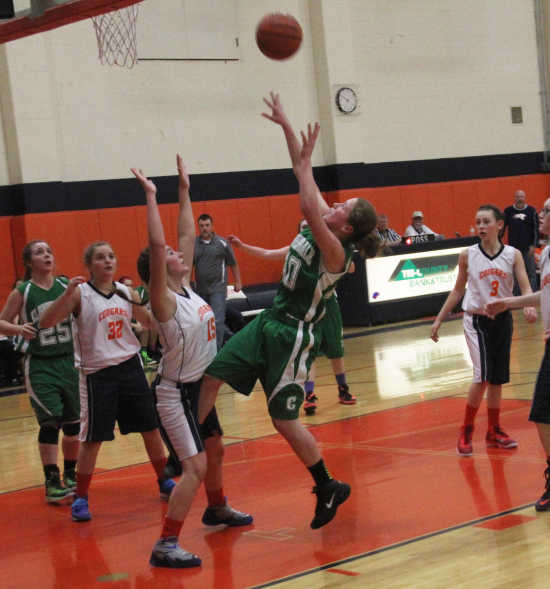 Lakkain Price of Cloverdale doing her best K. J. Coleman impression to get the ball into the rim. (Banner Graphic/JAY LOCKETT)

The GMS girls had little experience being down at halftime and their head coach was proud of the Tiger Cub response.

"It was a great win," GMS coach Erin Blaydes said. "We were down nine early and we haven't played much from behind. I told them at halftime that (South Putnam) had gotten in their heads and it was mental."

The GMS defense picked up and held the Eagles to six in the third quarter, all from Whitney Boswell. 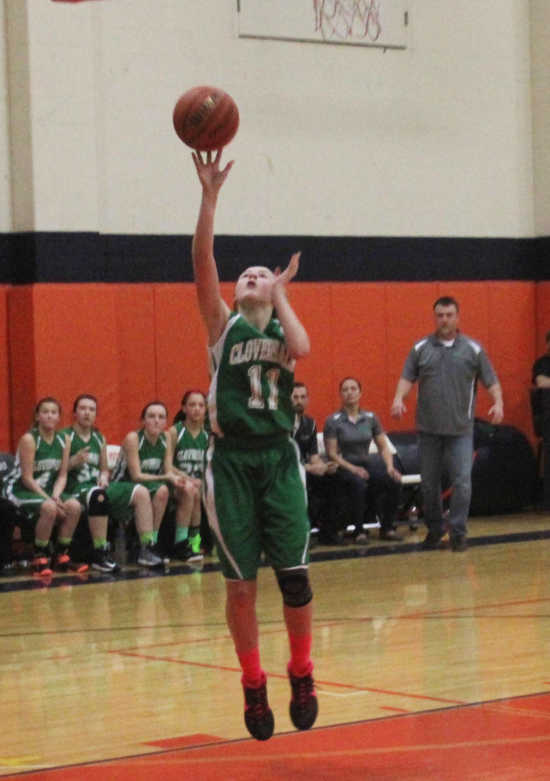 Samantha Shrum puts up a shot right in front of her Cloverdale bench. (Banner Graphic/JAY LOCKETT)

The Tiger Cubs scored 14 in the third, with many players contributing to the run and the fourth began with South Putnam ahead 22-21.

The Tiger Cub defense continued to play tough and held the Eagles to no field goals. The Eagles scored six foul shots but Greencastle completed its comeback with six different players contributing in the fourth.

"The coach at Greencastle did a fantastic job their always ready to play," Briones said. "It was an awesome game. I'm just very proud of my girls. They are great to be around and I'd like to have another group like them next year and I'm sure I will." 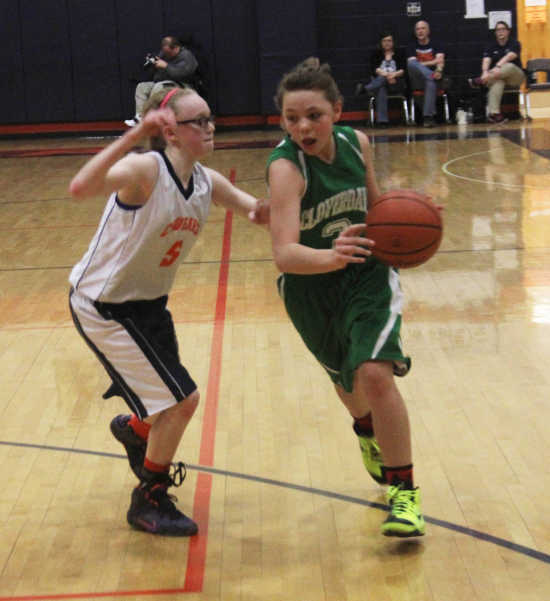 Hannah Sims (3) of North tries to stop Arianna McCracken (3) from getting to the basket. (Banner Graphic/JAY LOCKETT)

Blaydes said she enjoyed watching her team tough it out when adversity struck.

"They are such a hard-nosed group of players. They never ever quit. We had some long faces at halftime," Blaydes said. "We played great as a team. As the season has gone on I've preached about attitude and teamwork.

"Their talent is there. They've been playing basketball for a really long time. But it's the little things like picking up a player when they are down. We want them to represent Greencastle in a good way and they have improved upon that." 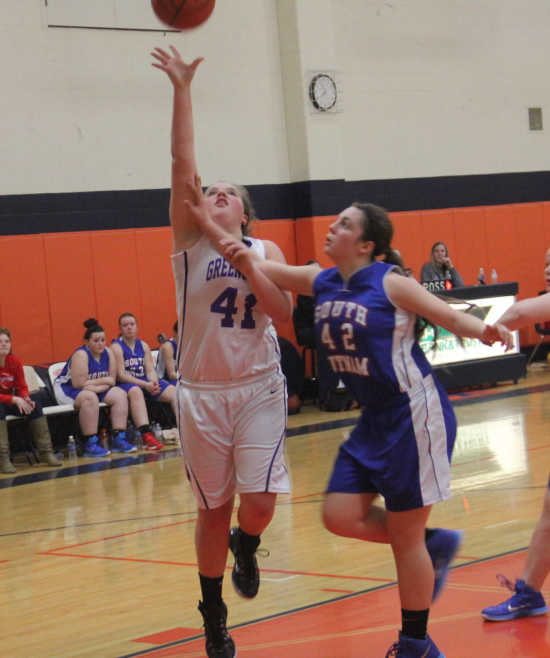 The two leading scorers Claire Gillen (41) for Greencastle and Caitlin Capps (42) for South Putnam meet at the basket as Gillen puts up a shot. (Banner Graphic/JAY LOCKETT) 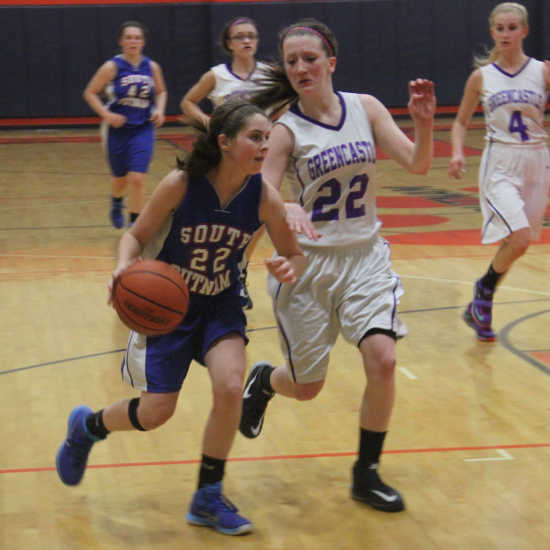 Bailey Shuee of Greencastle gets in the way of Whitney Boswell as she tries to get up the court. (Banner Graphic/JAY LOCKETT) 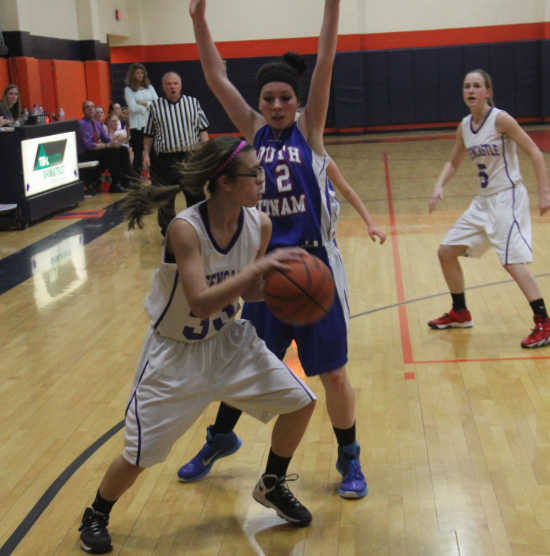 Jalyn Duff (33) of GMS tries to dribble out of a trap by Abby Butcher. (Banner Graphic/JAY LOCKETT) 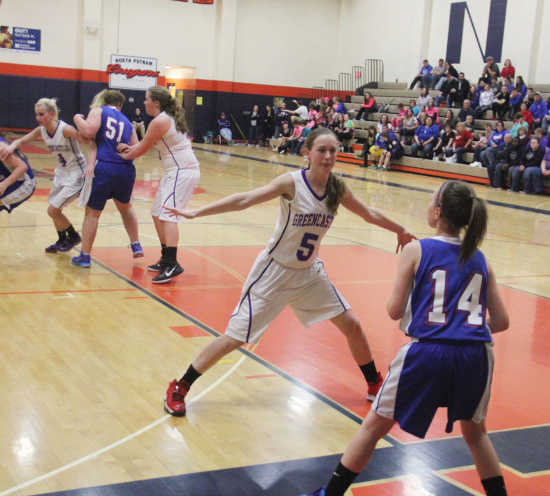 Sydney Lewis (5) tries to get a steal on the Emma Cash (14) inbound. (Banner Graphic/JAY LOCKETT)
Respond to this story