Bollman is 2015 Putnam County Player of the Year 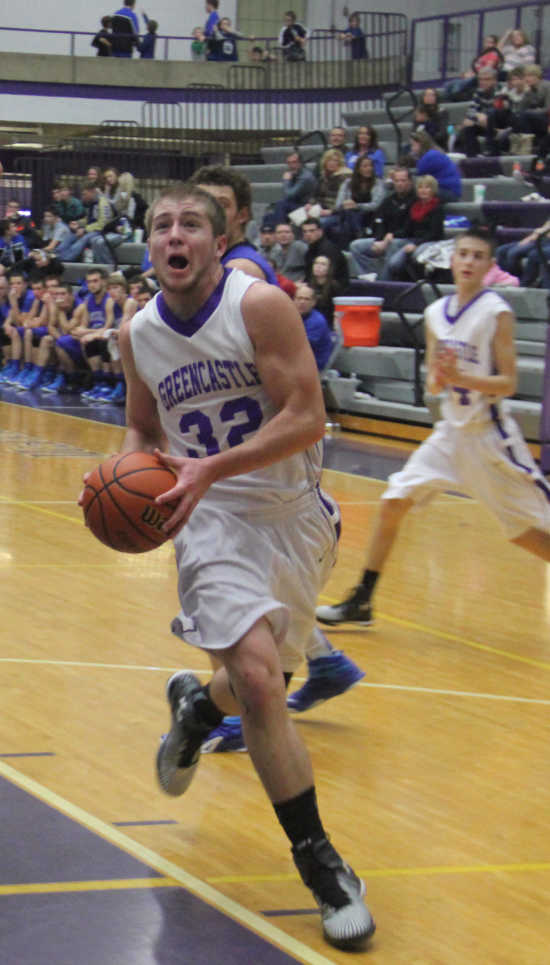 Leading his team the entire season and averaging 12 points and almost six rebounds per game, GHS senior Brody Bollman is the Player of the Year. (Banner Graphic/JAY LOCKETT)

Tiger Cub fans know much more than most the kind of player that senior leader Brody Bollman is. After all, the Greencastle faithful have watched him grow over the years into the hard-working and dedicated player that he was all year.

Playing in all but one game in his senior season, Bollman led his team to a Putnam County Championship and he has been named the 2015 Putnam County Player of the Year.

"Brody exemplified everything I could ask from a leader," GHS coach Troy Greenlee said. "He was our hardest worker, was unwilling to let himself or his teammates take plays off, and always wanted the ball in pressure situations." 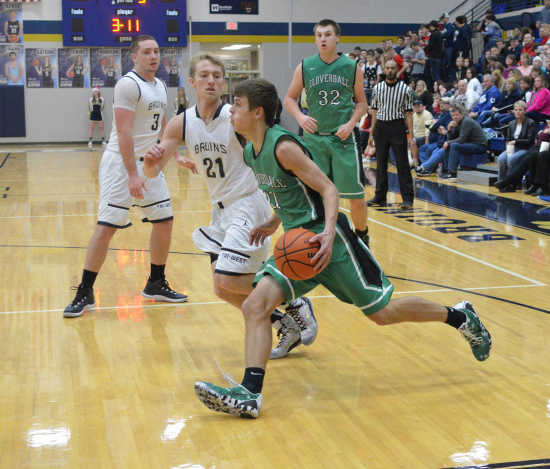 Cooper Neese scored 34 points and grabbed nine rebounds in the regional matchup against Crispus Attucks. He is the runner up for Player of the Year. (Banner Graphic/TRENT SCOTT)

The Banner Graphic Player of the Year is selected as the player making the most valuable contribution to his team's image and success and having the highest character both on and off the court.

Bollman is the player that Greencastle leaned on most throughout its season's games. When he played well the team generally played well also.

According to maxpreps.com, Bollman scored 12 points per game and led the Tiger Cubs in rebounds with 5.9.

"Brody was willing to do whatever was asked of him for us," Greenlee said, "whether it (was) to score in the post, handle the ball on the perimeter, guard the opposing team's best player or be our best rebounder."

Bollman hasn't committed to play anywhere but he has expressed interest in attending college in the past.

A close runner-up for county player of the year was Cloverdale's sharp shooter Cooper Neese. 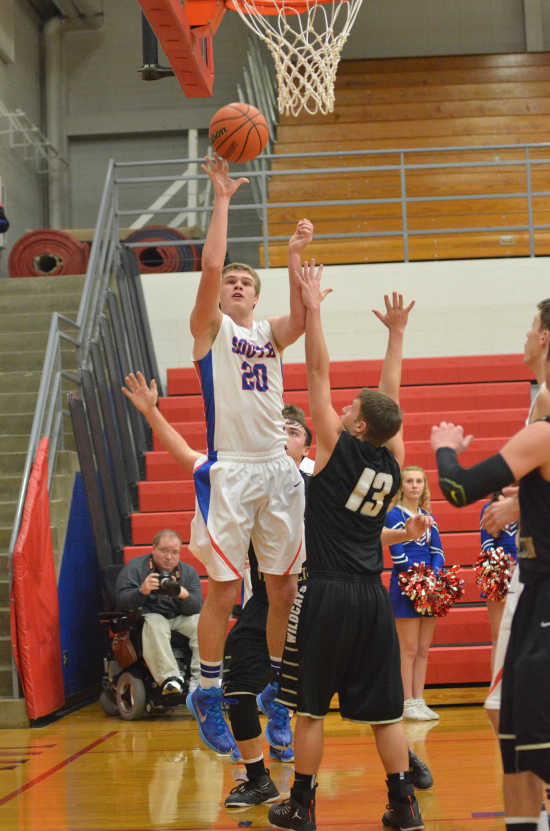 The sophomore scored 17 points per game this season and went off in the Regional loss against Crispus Attucks, scoring 34 points and securing nine rebounds.

Neese was a staple at the Clover offensive end as well as contributing to the "Chaos" defense with incredible hustle plays that usually led to his signature corner three. His 2.7 steals per game don't tell the whole story. More than a few times after scoring Neese would steal the ensuing inbound pass and spot up for a long-distance shot.

Clover Country will be happy to see him continue making plays for the next two years.

Joining Neese on the All-County team is senior Marquise Moore. Moore was an orchestrator with the rock in his hands. Many traps and full-court presses were turned inside-out while Moore led the Clover offense.

He led the county with 18 points per game and led his team with 4.4 assists per game. Moore also spearheaded the "Chaos" D with three steals per game and yet he caused many more turnovers with his intense defense.

As the only Eagle to make the All-County team, junior Trevor Long will be back another year to help his team take the next step.

Long led his team with 12 points per game and led the County with eight boards per contest. He was the meat and potatoes of his South Putnam team and with senior Chad Menke graduating he'll be the main man defending the post next season.

The difference between wins and losses for Greencastle this season often rested on the accuracy of its shooters. Fortunately for the Tiger Cubs, junior Ryan Coble was not only accurate, he was usually hot.

Coble scored a team-high 17 points per game and shot 43 percent on the season. Much of the defense against the Tiger Cubs consisted of chasing Coble through screens and failing to keep up while he drained shot after shot.

Coble also did the dirty work that's necessary when you play on a shorter team. At 6-foot he grabbed 4.6 rebounds per game, stole the ball two times per game and he shot 72 percent from free-throw land.

Lastly the 6-5 K.J. Coleman earned his spot on the All-County team, for his 15 points per game and his team-high 5.8 rebounds per game.

Coleman held down the center for Cloverdale and in his one season he made the difference and helped push Cloverdale to its sectional championship.

Coleman was a crowd pleaser, from his athletic dunks to his stellar blocks, he was a player that changed the way other teams prepared for Cloverdale.