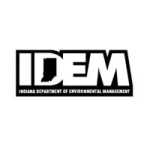 CLOVERDALE -- The Cloverdale Town Council is seeking more information about the possibility of extending their sewer services to the Cunot area.

Town Manager Wayne Galloway said the Indiana Department of Environmental Management Agency (IDEM) is investigating a complaint about E. coli seeping into the ground and subsequently heading toward Cataract Lake in the Cunot area due to the use of septic tanks.

Galloway said Cloverdale's wastewater treatment plant is the closest to Cunot, and asked the council if they would like to look into extending its services into that area to procure those residents as sewer customers with no additional operating costs to the town of Cloverdale. He noted people from the Cunot area came to him to ask if this was possible.

There are roughly 1,000 homes in the area that would be hooked up to the extension.

The plan is to seek a grant for the project. While the actual project would come at no cost to the town if the council decides to move forward, the town would need to hire an engineering firm to help secure the grant. Galloway said Midwest Engineering would be able to do the preliminary report and apply for the grant for a cost of about $15,000.

If the grant is secured -- which would most likely require a 20-percent match -- the plan is to extend a four-inch, low-pressure line with a grinder from lift station six down West Robert Weist Road to State Road 243 toward Lieber State Park to Cunot. The homeowners in the area would be responsible for paying for the match on their property taxes over the course of 40 years.

Town Attorney Allan Yackey explained Barrett Law (Indiana Code 36-9-36) would require all residences in the area to tie into the line and pay for the upgrade over time so Cloverdale would not incur the costs.

Galloway stressed aside from the initial engineering fee, Cloverdale would actually be benefiting from the extension because these residences would be paying the sewage fees to Cloverdale. Those fees help with the infrastructure of the wastewater lift stations and would help lower the town's cost to operate the wastewater system.

Yackey said if a grant cannot be secured, the town would not be able to move forward because the residents would not be able to afford the entire cost of the project. According to Galloway, the area attempted several years ago to install its own lift station but the overall cost for the project was going to be close to $15 million and was not feasible for the potential wastewater customers.

A citizen in the audience at the council meeting noted concern that part of Cunot is located in Owen County. Galloway said Owen County would not be able to secure a grant to help Cloverdale extend its line.

Yackey noted if IDEM does find an issue with the contaminants heading toward the water, the agency may eventually "strong arm" a community with a nearby lift station to extend services to eliminate the use of the underground septic tanks.

No action was taken on the project. Councilman Larry Fidler asked Galloway to get more information about what is needed before considering the hire of an engineering firm.

The council agreed Building Inspector Mark Cassida should move forward on addressing two properties that are potentially hazardous. The inspector said an informal request is sent to the property owner to address the issue, and is given 10 days to respond. If there is no response, a violation notice is sent with a five-day window of response. If the property owner still does not respond, the formal process is started to deal with the property.

The president of the town council will file the paperwork to address the ordinance violations. If the property owner wants to fight the issue, it can be taken before the Board of Zoning Appeals and ultimately can make its way to the Circuit Court. If the town has to take action, a lien can be put on the property.

The first property is located at 201 N. Grant St. A woman looking to buy an adjoining property on Fulton Street contacted the building inspector to see what could be done about the property because she has young children, and believes the property is a hazard. Cassida said in addition to the structural issues, there have not been working utilities in the house since 2009.

The second property Cassida addressed was 351 N. Main St., which he said is not only in poor condition but has been the site of criminal activity.

"It's literally coming apart at the seams," Cassida said, noting he believes the property may be headed to a tax sale.

Yackey noted the building inspector has always extended a courtesy warning to the homeowners before taking action on a dilapidated building in hopes of not having to take legal action. The attorney noted this has worked in the past.

Cassida said there are more buildings he will be bringing before the council next month.

"Spring is here. We want to sell this place (Cloverdale), and these places aren't helping," Cassida stressed.

Yackey said the presenting of the buildings Cassida is going to deal with should be done gradually, but when or if legal action is going to be taken it should all be done at once.