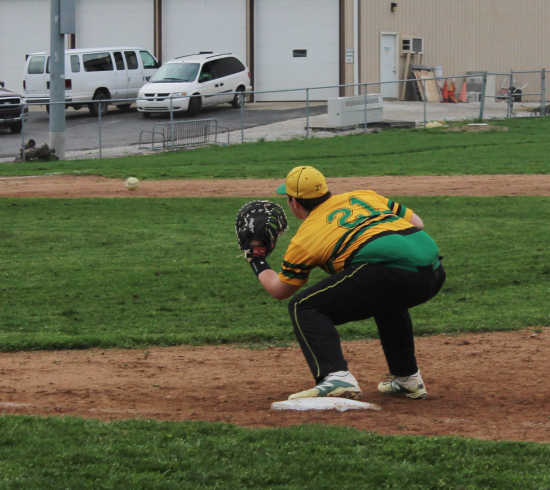 DUGGER -- Cloverdale's baseball team saw no problems Saturday when it traveled to Union Dugger for a doubleheader. The Clover boys thrashed the Bulldogs in both games 10-0 and 16-8.

"This was probably the most complete game we've played, as a team, so far this season," CHS coach Jarrod Duff said. "We had solid pitching, defense, and appearances at the plate."

Defense was the name of the first game. Troy Davis only allowed six hits with four strikeouts in his four innings. Josiah Watson finished the fifth inning for Cloverdale allowing no hits and striking a batter out. Each pitcher allowed no runs and only walked one batter.

At the plate, the Clovers were on point. Brayden White went 3-4 with a double, Joe Martin notched a homer and Haiden Davis went 2-2 with a walk and three runs scored in what was a terrific day for many players at the plate.

Game two featured a more alive Bulldog team, which managed to get on the board against the Clovers. But Union was no match for the Cloverdale success at bat.

The Clovers will be hoping to carry their success back to Putnam County where North Putnam awaits for back-to-back contests Monday and Tuesday.

Brayden White 3-4 with a double

Aaron Fulkerson 1-2 with a Sac Fly

Josiah Watson 2-3 with a double