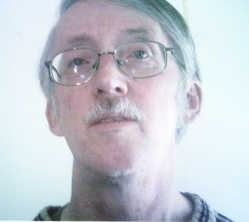 Danny Mesecher, 57, of 120 N. Locust St., has announced he is seeking the First Ward City Council seat, running in the May 5 City of Greencastle primary as a Republican candidate.

A resident of Greencastle and the city's First Ward for the past dozen years, Mesecher grew up in western Illinois and graduated from a local high school in 1976.

He attended a local community college for a year and then went to work in the retail sector which he has been involved in since 1978.

Presently employed by Walmart since 1999, holding several management positions during his employment.

Mesecher is a member of the Presbyterian faith.

He and his wife Paula reside on North Locust Street with their two cats, Buster and Fanci.