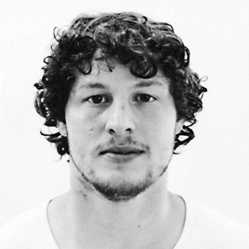 Ben C. Solomon, a video journalist for the New York Times and 2010 graduate of DePauw University, is among a team of Times staffers to be honored this week with the Pulitzer Prize for international journalism.

They were cited for their "courageous front-line reporting and vivid human stories on Ebola in Africa."

The Times produced more than 400 articles, including about 50 front-page stories from inside the Ebola-afflicted countries themselves.

A communication major and Media Fellow at DePauw, Solomon and his Times colleagues won a 2014 George Polk Award in Journalism for their coverage of the Ebola epidemic in West Africa.

Solomon's assignments have taken him around the globe. In 2013, Solomon was a third-place winner in the 71st annual Pictures of the Year International Competition in the "Multimedia Photographer of the Year" category.

In a 2011 feature, Ben Solomon said, "My time at DePauw allowed me to do some really interesting things. It's been an easy transition for me. DePauw is an amazing place. If you're motivated to do things, the opportunities are limitless."