All of the participants of the "Champions Together" event at South Putnam line for a group picture after the event. (Banner Graphic/JAY LOCKETT)

The weekend weather gave way for South Putnam to host its third annual "Champions Together" track meet on Sunday.

The meet promotes unity and leadership between high school athletes and athletes from Putnam County's Special Olympics team. Sunday the different athletes teamed up for a variety of track and field events under the beautiful sunny sky. 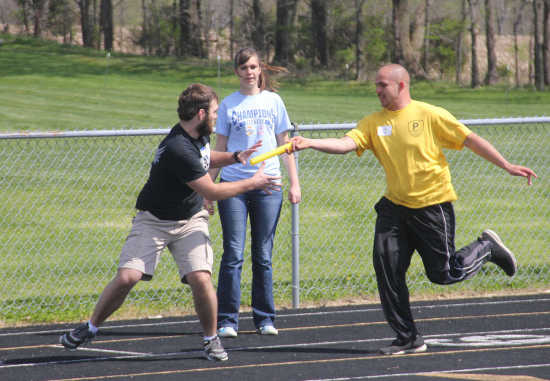 James Fink hands the baton to Zane Yon in the unified 4x1 as Emily Dobson waits for the baton. (Banner Graphic/JAY LOCKETT)

"It's really exciting," South Putnam senior Emily Dobson said. "South Putnam's first track meet three years ago was one of the landmark ones that helped create the format of the state meet. We're trying to make this an annual event at South Putnam with a lot of servant leadership, which is fundamental behind the Champions Together theme." 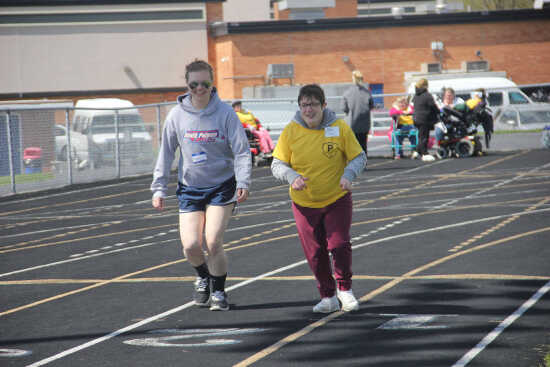 Athletes participated in events such as wheelchair racing, shot put and long jump as well as track events such as the 100 and 200-meter. Events like the 400-meter relay were highlighted by high school athletes like Zane Yon and Cloverdale's Bailee Stevens, who competed with athletes from the county's Special Olympics team like Michael Chittenden and Robin Byrd.

"It's really cool with Bailee Stevens and some others from other schools just joining the effort," Dobson said. "It's really awesome. That's a big thing I love about sports in general but especially this Champions Together. It really just brings so much unity in the community and just people's hearts." 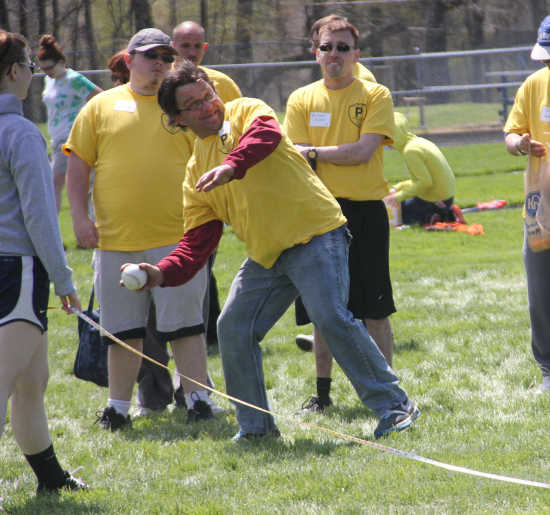 When the events concluded and after the team picture, each of the volunteer athletes were given awards for their efforts. Dobson, one of the event organizers was happy to see the support of many Putnam County athletes.

Many of the volunteers like James Fink and David Tuttle gave athletes like Yon and Logan Vandermark a run for their money.

"One of my favorite things about organizing this is being able to see the returning faces that we've been able to see at the past couple of meets in other years," Dobson said. "Forming relationships with those players so when they come back it's a familiar face. A special thanks to everybody that helped get this meet going and for all the support to help this become an annual thing." 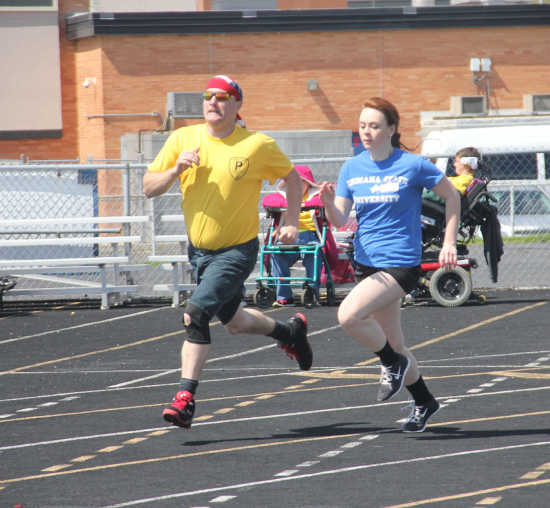