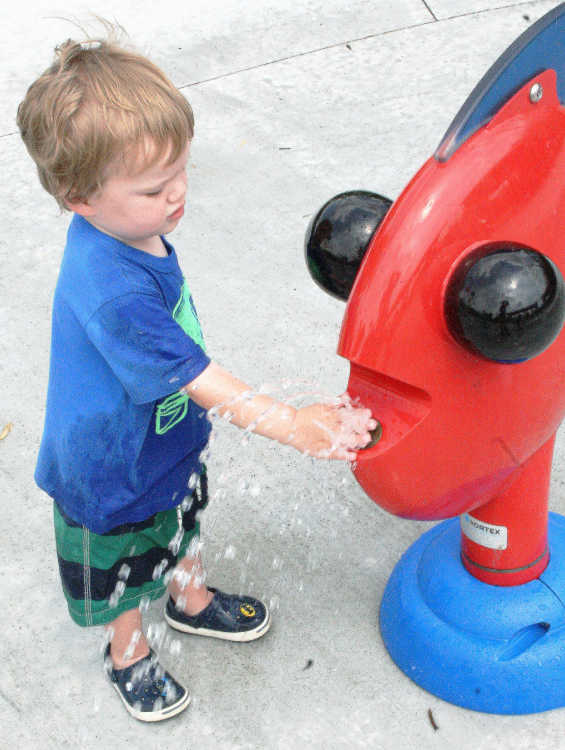 With sunny skies and temperatures in the 80s, the new Bob York Memorial Splash Park opened for the season Thursday afternoon at Robe-Ann Park in Greencastle. Two-year-old Will Labhart, son of Patrick Labhart of Greencastle, tests out a fish-themed water spout as he visits the facility with his grandmother. Meanwhile, his five-year-old sister Reagan (blue stripes in photo below) enjoys splashing around the park with Gracie Headd, 5, daughter of Jennifer Headd of Greencastle who brought her to the park to cool off. The facility, to which admission is free of charge, is open daily 10 a.m. to 8 p.m., weather permitting. The city pool, meanwhile, will open on Saturday, May 23. 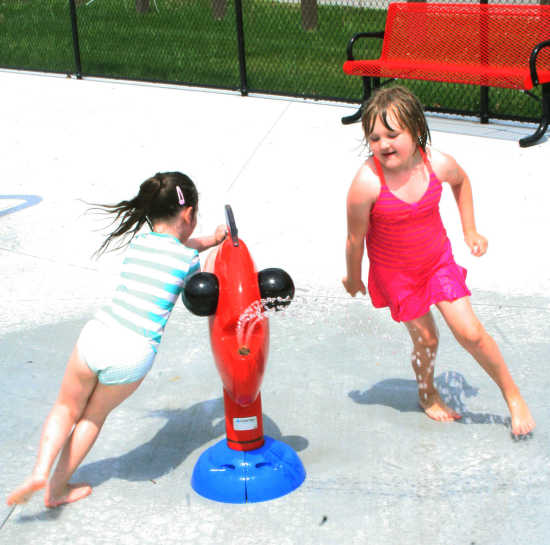