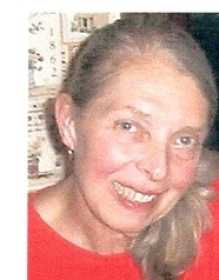 At 5-foot-10 in the early 1960s, Agnes Rud was a major asset to her high school basketball and volleyball teams. She was also a stand-out several times in the Putnam County 4-H Dress Review.

She was active in 4-H and many high school activities, including Thespians, Pep Club, Y-Teens, G.A.A., Art Club and Latin Club. In her senior year she was president or vice president for four of these groups. During the summer of her high school years Aggie taught many local youth to swim at the city pool.

Following graduation from Greencastle High School in 1963, Agnes attended Ball State University where she was a member of Sigma Kappa sorority and received a B.S. in Physical Education. She taught high school in Muncie, Evansville, Hope, and Rochelle, Ill.. In addition to teaching she coached girls' basketball and was named Coach of the Year for Hope Schools. She later earned her Masters in the Art of Teaching (MAT) from DePauw University. When her parents became ill and needed care, she returned to Greencastle to care for them and was a staff writer for the Banner Graphic.

In 1982 she married Jerome Rud at Bethel Chapel near Gobin Memorial United Methodist Church in Greencastle.

Aggie was an extremely caring person who lived to support her family and friends. She listed this as one of her hobbies. She also loved watching TV, movies and keeping abreast of popular culture.

While living on Anderson Street, she and other neighbors started an Anderson Street festival to encourage neighbors to get to know each other. Her home was always a gathering place for friends visiting Greencastle from out of town.

In 1998 Agnes, Katie Wood and Marian Harvey opened the Poplar Street Gallery and Wellness Center in Greencastle which offered local art as well as healing arts such as massage and art classes. She was extremely proud of the success of this effort.

A calling will be held at the Bittles and Hurt Funeral Home on Monday, May 11 from 6-8 p.m. A Celebration of Life Service will be held at Gobin Memorial United Methodist Church on Tuesday, May 12 at 2 p.m., where she has been a member her entire life. Her ashes will be in inurned at Forest Hill Cemetery.

Condolences and expressions of sympathy may be shared with the family c/o www.BittlesandHurt.com