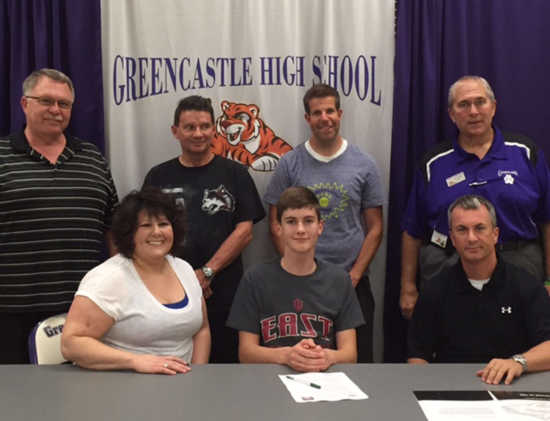 Mangrum loves the sport of tennis and is excited about joining Coach Erskine Ratchford and the Red Wolves of IUE next fall to begin his collegiate academic and athletic career.

"Jake had a great high school tennis career for Greencastle," GHS tennis coach Kevin Rowe said. "He had an outstanding senior year playing doubles for the Tiger Cubs. Jake was one half of a tremendous doubles team that dominated many of their matches and advanced to semi-state in the individual state tournament. Jake and his partner were eventual semi-state runners-up. Jake has an opportunity to truly excel at the next level. IU East will be gaining an excellent talent and all-around great person."

The IUE coaching staff agrees and is also looking forward to working with Mangrum next season.

"IU East is pleased to have Jake join the IU East Red Wolves Men's Tennis Team" IUE Coach Erskine Ratchford said. "We are excited to have a player of his skill and accomplishments in our program and look forward to seeing Jake in action starting this fall."