GHS softball win back and forth game 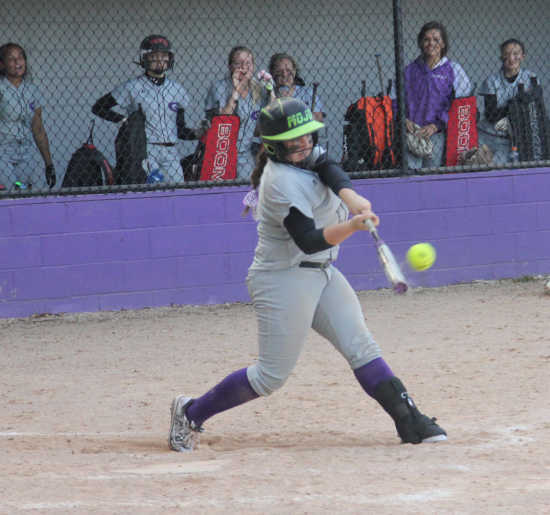 Tiger Cubs Kenlee Johnson takes a good swing at the ball on Wednesday for her fourth homer this season. (Banner Graphic/JAY LOCKETT)

Greencastle (10-8) jumped ahead early in the first inning thanks to RBIs from Gracie Foster and Brynne Shuee.

In the second inning pitcher Skyler Hensley was sent home by a home run shot from Kenlee Johnson. Her fourth homer of the year went rocketing over centerfield, giving GHS a 4-1 lead. 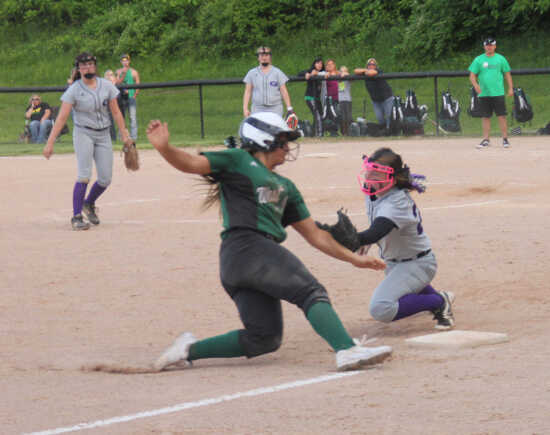 Johnson said that with the season's big tournament approaching, her Tiger Cub team needs to be scoring runs.

"We need to focus on bats," the junior said. "We need to hit the ball and get on base and score some runs. When we stay up in the dugout and cheer each other on, that's when we start hitting. We pick each other up when we make mistakes and that's how we keep them going."

West Vigo managed three runs in the third but GHS countered with three runs of its own. Shuee, Foster and Paige Bragg each earned singles, Hensley earned an RBI and Skylar Clifford sent two Tiger Cubs home on a triple. 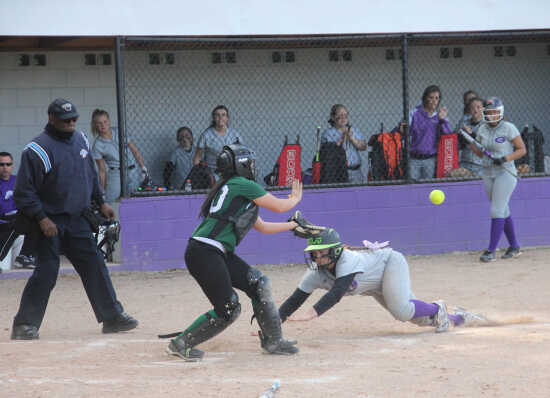 West Vigo then scored two in the fourth and two in the sixth while Greencastle couldn't earn a run for two innings. It was not the end for Greencastle however as singles from Johnson and Regan Keller turned into RBIs for Shuee and Foster to give GHS a 9-8 lead.

"Every time we went out there, they would come back and then we would come back," Foster said. "It was back and forth, but we pulled through. We did our jobs well. We didn't let ourselves get down and that's the best thing we could do."

The Tiger Cubs then finished the battle at the top of the seventh by making sure the Vikings didn't sniff home plate in the final inning. 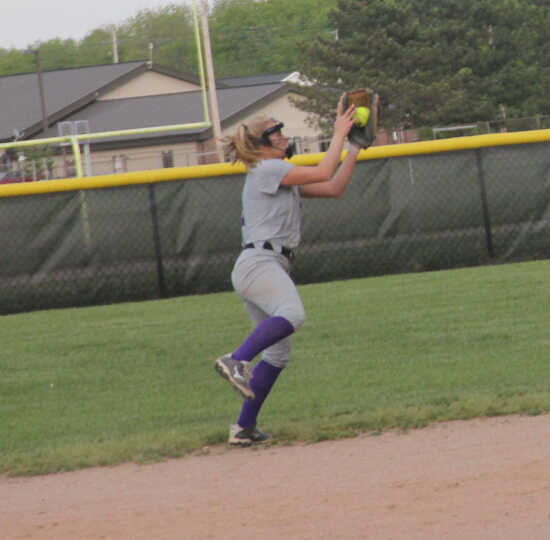 GHS' Paige Bragg makes a nifty snag at second base for the out against West Vigo. (Banner Graphic/JAY LOCKETT)

"We kept telling them that we have to hit with (West Vigo)," Keller said. "They are a good hitting team. They are going to hit. We lost those games early in the year. But we figured out a way to win that ball game. We tightened up and played good defense that last inning and the 9-8 game was like it was 1-0."

Greencastle's softball and baseball teams will play in the first game of the Putnam County Tournament against Cloverdale at 10 a.m on Saturday in what will be the first matchup of the season between those two teams.

South Putnam and North Putnam will play at noon with the Putnam County Championship game to play at approximately 2 p.m.