He was born Oct. 31, 1929 in Owen County, and was the son of the late Harold H. "Banty" Smith and Eva Madonna (Hart) Smith, of Owen and Putnam counties. 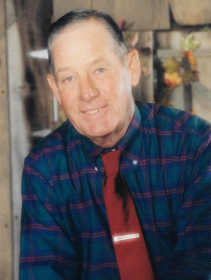 He was to married Rita Lee (Abrell) Smith for 63 years, and she survives.

In addition to his wife he leaves his daughter, Gay Parker and husband Charles, of rural Gosport; his son, Keith Smith and wife Mona (Pearson) Smith, Cloverdale.

He is also survived by his sisters, LaVaughn Patten, Cloverdale, and Ellen Davies and Bill, Cloverdale; his brothers, Harold H. "Red" Smith Jr. and Maxine, Quincy, Max Smith and Anita, Cloverdale, Mike Smith and Marsha, Gosport. In addition, he is survived by a brother-in-law and wife, Joe and Diana Abrell of Nevada City, Calif., his sister-in-law, Annabeth Smith, Greencastle, and numerous nieces and nephews who are cherished family members.

In addition to his parents, he was preceded in death by a well-loved brother, Elvin "Epp" Smith of Cloverdale.

Joe was a lifelong farmer in northern Owen County, until he retired and relocated in Putnam County to be near his son.

He served one term as an Owen County commissioner during the 1960s.

Joe was a veteran of the U.S. Army and served during the occupation of Germany.

He was honored as a Master Farm Conservationist of the year, by the Owen County Soil and Water Conservation District in 2004.

He also was a member of the Combs Cemetery Board.

Funeral services will be conducted at 11 a.m. Wednesday, May 27 at Whitaker Funeral Home, Cloverdale, with Rev. Billy Williams officiating.

Visitation will be 4-8 p.m. Tuesday at the funeral home. Interment will be in the Combs Cemetery near Quincy.