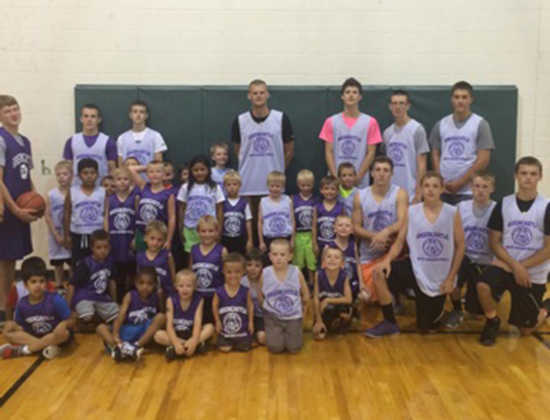 "All I want, is all you got", was a common cry heard this week at Deer Meadow Primary School as the boys varsity team from Greencastle High School hosted it summer skills camp for rising kindergartners through eighth graders.

"This is why I got into coaching," GHS Troy Greenlee said. "When you have this kind of turnout of kids giving up their summer breaks to work on their skills, not just come in the gym and play, but actually work on individual fundamentals, it says a lot about where we are taking this program and the type of kids and parents we have associated with it. I couldn't be happier with the state of our program." 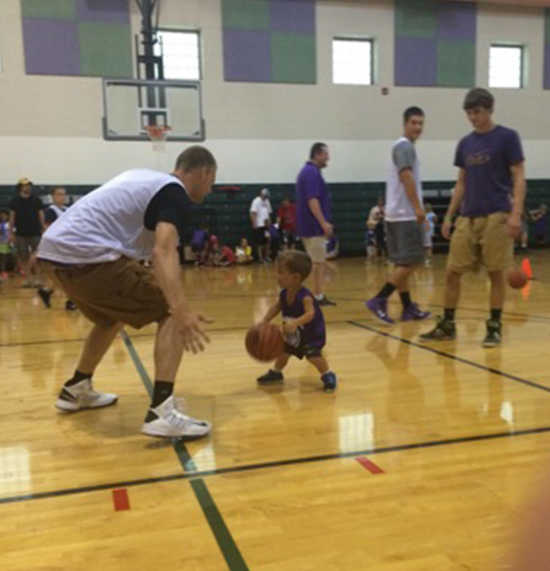 At the camp the participants did a wide range of drills ranging from dribbling to passing to shooting. The campers were also treated to a short question and answer session with Greencastle High School alumnus and Division 1 basketball player Jesse Tesmer.

Tesmer talked to the campers about the places that basketball can take them as long as they put in the work and focus on their studies.

After talking with the campers Tesmer put on a "dunking clinic" that the kids thoroughly enjoyed watching. 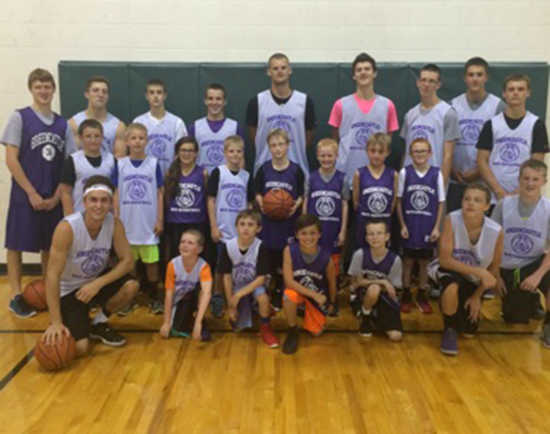 "Coach Greenlee was a great coach for me and being given this opportunity to talk with the kids is a great way for me to give back," Tesmer said.

The camp was run by Coach Troy Greenlee, his staff and the athletes on the high school basketball team. In total, there were more than 60 participants that attended the four-day camp.

Coach Greenlee and his staff hope to build on this camp by continuing it annually and creating an in-season session that is similar to what they are doing now. 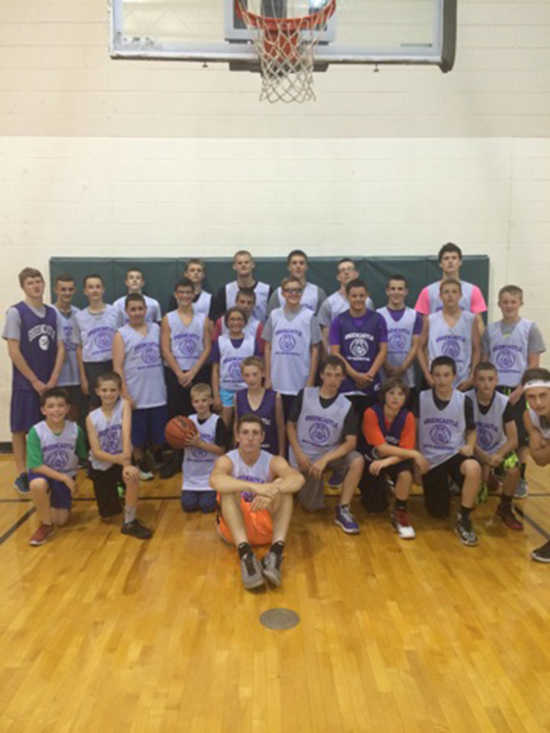 Greencastle varsity players stand with sixth, seventh and eighth graders as well as GHS alum Jesse Tesmer at the GHS youth camp this week. (Courtesy Photo)
Respond to this story