Police response to a reported domestic disturbance in rural Greencastle has resulted in the arrest of a Putnam County couple, Indiana State Police at Putnamville have reported. 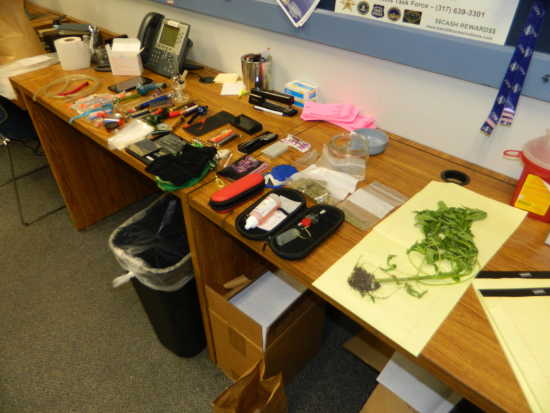 A number of drug-related items were confiscated by police officers during the recent arrest of a Putnam County couple.

Authorities including State Police troopers and Putnam County Sheriff's Department deputies were dispatched to 1410 E. U.S. 40 for a reported domestic disturbance at about 5:15 p.m. Thursday.

When officers arrived, they were greeted by occupant Alina M. Izaguirre.

The 46-year-old Izaguirre led officers to believe that a loud phone argument had been the issue and no one else was in the home.

However, as officers continued to investigate further, they noticed what appeared to be marijuana smoking pipes on a nearby table and found 39-year-old Bryan L. Polster hiding in a bedroom.

Both occupants were taken into custody and incarcerated in the Putnam County Jail. 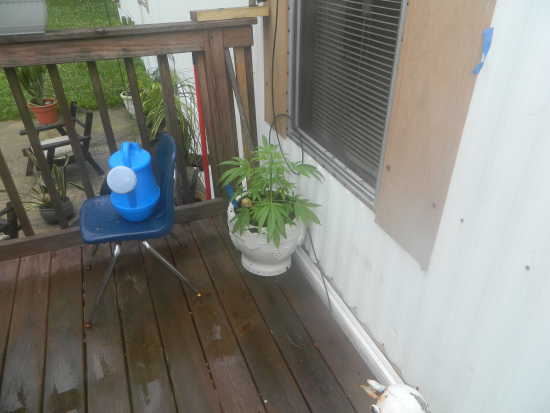 Marijuana plant appears to be growing in full view on the porch of the residence where a Putnam County couple was arrested on a variety of drug-related charges.