Mike & The Voices, Blues Side Up play ParkFest Tuesday 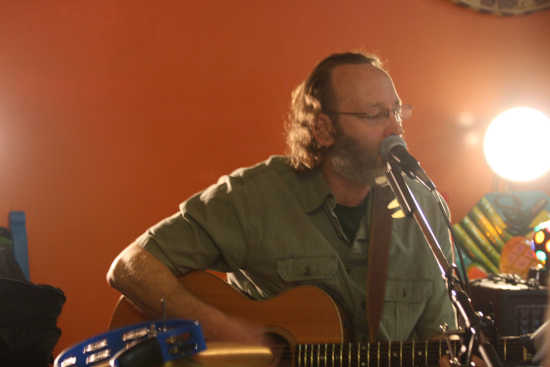 Mike and the Voices is on the lineup for ParkFest this week. Mike Moloy is a one-man band. (Courtesy photo)

Local favorite Blues Side Up and first-time ParkFest performer Mike & The Voices will highlight the Tuesday concert series on June 23 at 6:30 p.m. at Greencastle's Robe-Ann Park.

In its fourth week, the free weekly series presented by the Greencastle Civic League will feature not only music from these two acts, but also food for sale from Burgers & Such.

Mike Moloy is a guitarist and vocalist who has been performing for many years in Indianapolis and the surrounding areas. He has performed with many ﬁne musicians and bands over the years and is currently working as a solo act, Mike & The Voices.

The "voices" are not the lunatics in his head, they are created by a harmonizing effects pedal. Through the use of modern technology, Mike blends in effects such as self-recorded backing tracks, loops, percussion, planes, trains and other fun things to add to the experience.

He is a one-man band.

Mike's inﬂuences come from a variety of musical genres including blues, rock, country, folk and bluegrass.

This will be the ﬁrst time Mike & The Voices has performed at ParkFest since locating to the area. Mike & The Voices is available for public and private venues. Visit mikeandthevoices@att.net for more information.

Steve St. Pierre and Blues Side Up features St. Pierre on guitar and vocal, Dennis Rivers (drums and vocals) and the newest member Jerome Mills (bass and vocals).

"We will have the crowd rockin' and singing the old, great hits," St. Pierre said. 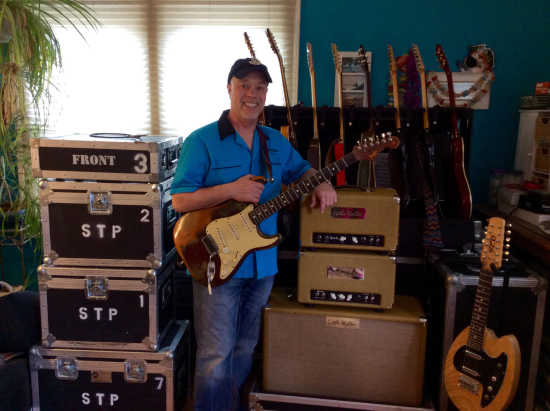 Steve St. Pierre and the Blues Side Up will be performing at Tuesday's ParkFest. The band's namesake plays guitar and is the vocalist. (Courtesy photo)

Blues Side Up will be releasing a new CD at the end of summer.

St. Pierre will again be playing in Nashville, Tenn., for the 2015 Little Walter Tube Amp Co. Endorsee Jam at the 13th and Lindsley on July 10 along with Vince Gill, Paul Franklin, Dan Huff, Travis Toy and many other great endorsees.

Coming ParkFest performers and vendors include: