Needles in city sewers a hazard for utility workers 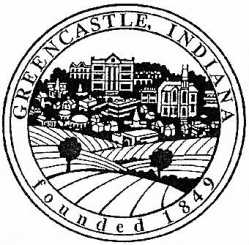 But when they are suddenly finding needles -- hypodermic needles -- in a lift station, that's a whole different story.

And one that wasn't lost on city officials when Rob Lovell, city water and wastewater superintendent, told of the unsavory recent development.

Over the past six months, Lovell told the Greencastle Board of Public Works and Safety at its June meeting, wastewater workers have been finding hypodermic needles stuck in the pumps at the Foxridge area lift station. That is the lift station off Veterans Memorial Highway that also serves the Commercial Place (Avenues) section of town.

"I can't even believe we are having this conversation," City Attorney Laurie Hardwick said after Lovell initiated the discussion.

"It's a danger," Board of Works members Trudy Selvia succinctly interjected, openly disgusted by the notion of hypodermic needles coursing their way through the city sewer system.

Not only is the situation creating a hazard for utility workers but it also poses a potential cost to the city for repairs to any equipment damage that might be caused by stray needles.

Stressing that just as it is inappropriate to flush prescription medications, Lovell said it is also wrong to flush hypodermic needles down the drain.

The needles, described as being about an inch long, appear to be the personal-use variety that are regularly used to administer insulin or other medicinal necessity, Lovell said, indicating he contacted City Police officers who have helped check nursing homes and doctors' offices in the area.

However, professional-use syringes normally have a cap that snaps over the needle once it has been used, so it is considered unlikely the needles in question are coming from a medical office or care facility nearby.

Lovell said the investigation has checked into who may have moved into the area recently as well as who might have died. That last school of thought involves the notion that relatives finding a deceased patient's needles and not knowing what to do with them could have resorted to flushing them.

Reiterating that citizens need to stop discarding needles in such a manner, Lovell indicated a safer way is to dispose of them in a container that can be sealed, like an old detergent bottle or a coffee can in which lid that be secured. Properly protected as such, the needles then can be safely put in the trash, he suggested.

"Our workers have to be extremely careful when they pull the pumps at lift station," Lovell advised the Board of Works.

"It's bad enough you don't know who that needle has been put into or why, but once it's been (contaminated) in the sewer system ... if that goes into you, you'd better get to the hospital," Lovell added.