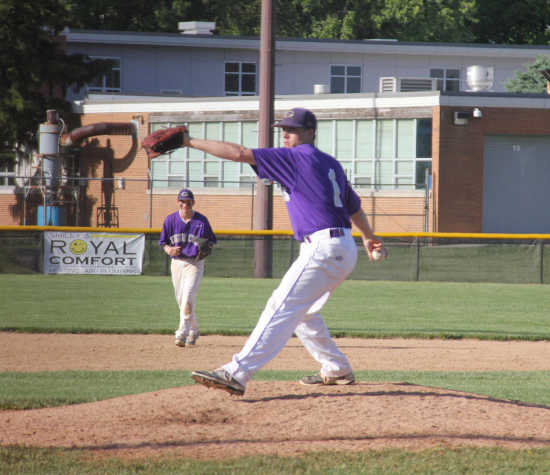 It was an up and down season for Greencastle baseball but throughout the wins and losses one thing remained constant. Tanner Nicholson was the most consistent and reliable at the plate and was no slouch on the mound. For this reason Nicholson is named the 2015 Putnam County Baseball Player of the Year.

He plays every inning like it's the last inning," GHS coach Troy Remsburg said. "He goes all out playing his hardest on every play. He will fight you tooth and nail. He hates to lose."

The Banner Graphic Player of the Year is selected as the player making the most valuable contribution to his team's image and success and having the highest character both on and off the field. 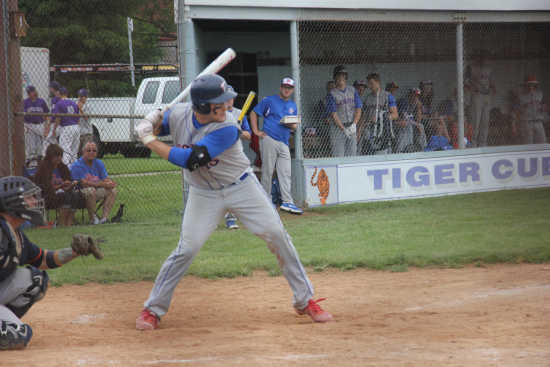 Eagle Brandon Gierke at the plate during the county tourney. (Banner Graphic/JAY LOCKETT)

Nicholson led the WCC in runs scored with 31, led in batting average with .425 and set a Greencastle triples record with six on the season.

Remsburg said Nicholson fit the mold of the rest of the seniors on the GHS team. The older players did their best to aid the younger Tiger Cubs to give the entire team the best chance to win.

"He always tries to help the underclassmen," Remsburg said. "He tries to stay positive and help them with fundamentals. He will find the younger guys and talk to them about stuff and my other seniors were that way too. Tanner's kind of been the go to guy this year." 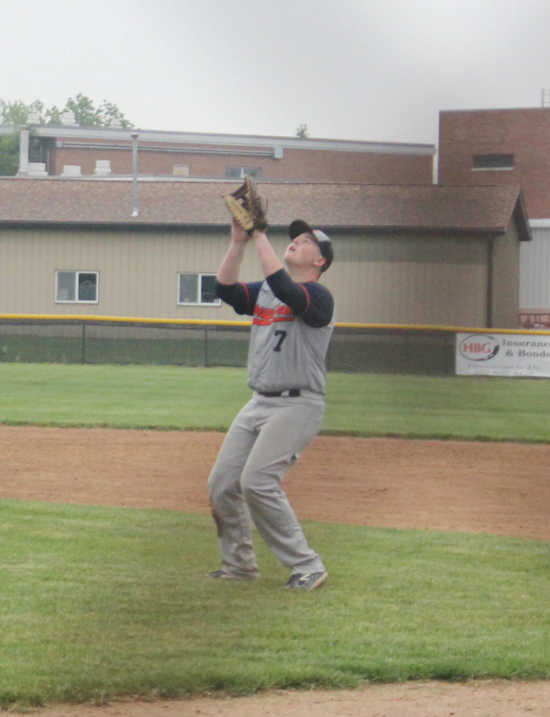 Nicholson was more than reliable. At times he was the biggest contributor to the team. As a pitcher he earned a winning percentage of .833 going 5-1.

"If it wasn't for him we wouldn't have won as many games as we've won," Remsburg said. "The way he hit this year. I think he ended up around .425 (batting average). I know he was leading in quite a few stats in conference." 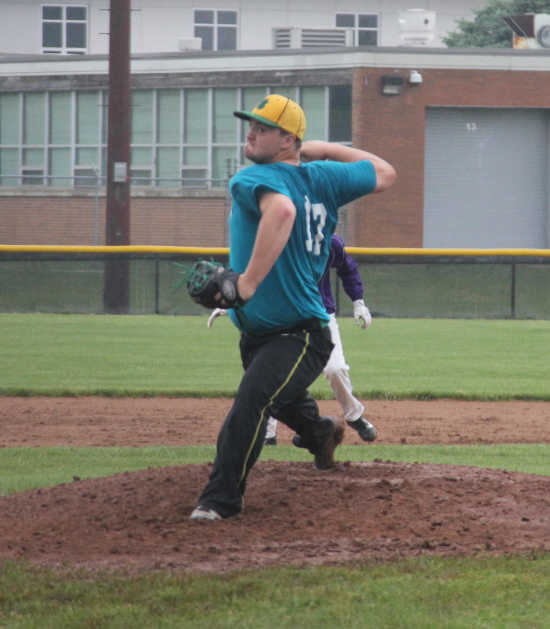 Brayden White of Cloverdale sends a pitch in the second game against Greencastle. (Banner Graphic/JAY LOCKETT)

"It's nice having a player like that, that you can rely on to knock in runs and rely on him to pitch and win," Remsburg said. "I'll have kids like that who'll be stepping up next year. I'm just not sure who my Tanner will be."

Eagle Brandon Gierke's stats may have seen a slight decline from the 2014 season but his 2015 batting stats were enough to gain him the POY runner up.

South Putnam had a little trouble getting traction this season but that didn't stop its big hitters from putting the ball in play and rounding the bases.

Gierke was the WCC's best in slugging percentage tallying .706, on-base percentage with .573, while earning five homers, tying his teammate Jake Carmichael with five. Gierke is second-best in batting average tallying a .397.

Joining his Eagle teammate is senior Braxston Lucas whose .328 batting average was second-best on South Putnam's roster. Lucas earned two home runs and 16 RBIs making him a reliable option for South Putnam to have.

Another option the Eagles will be losing to graduation is Jake Carmichael. This senior tied with Gierke for conference-leader in home runs with five. Carmichael was fourth in the conference swinging for 19 RBIs and a .521 slugging percentage.

Greencastle will be losing its player of the year and another few valuable seniors, but the Tiger Cubs will benefit having the likes of Trey Scanland and Noah Cook on their roster for a few more years.

Scanland's .378 batting average was second-highest on the team and with a WCC-leading 27 RBIs on the season with a .512 slugging percentage, GHS coach Troy Remsburg will be glad to have Scanland back on the field.

Cook was a sophomore that Greencastle fans loved seeing run the bases and opposing defense did not enjoy chasing.

Cook was the WCC's second-highest in both stolen bases with 16 and runs with 26. With a .284 batting average, when Cook did get on base he made his options count and will be looking to improve those numbers next spring.

While North Putnam's Jack Kendall may not have led the WCC stat book in any category, he is a player that most coaches would love to have on their team. He led the Cougars with three homers and with 18 RBIs. Kendall earned a .319 batting average and a team-high .510 slugging percentage.

Kendall's Cougar teammate Kyler Jeter will be taking the reins as senior next season and will be looking to add to his one home run this season. Jeter tied for first on the team with five doubles and earns 10 RBIs with 14 runs scored.

Cloverdale was the team that loaded the ballot box with eligible players for the All-County team and many of the team's top players will be back for more next season.

Next year's senior Brayden White was the main protagonist for Cloverdale.

He earned a team-high .385 batting average and earned 20 hits with 16 RBIs. At the mound White led the conference with 95 batters struck out and his 2.01 ERA was also tops in the WCC.

White was the WCC's second best with a .557 OBP and his .557 Slugging percentage was third-best in the conference.

Another young player that will be back to play for coach Jarrod Duff will be Joey Martin.

The incoming junior was third in the conference with four home runs and second earning 24 RBIs. Martin was also the WCC's fifth-best earning a .514 slugging percentage.

Younger still, for Cloverdale is incoming sophomore Haiden Harbert-Davis, whose .362 batting average was second on the team and the WCC's fifth best. Harbert-Davis was also fourth in the conference at stolen bases with 16.