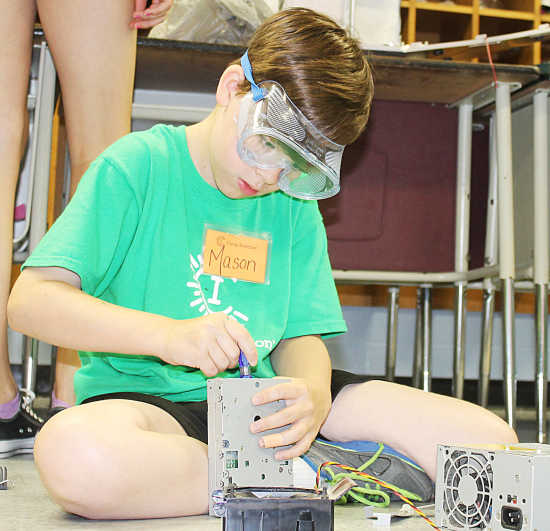 The mention of summer camp evokes visions of canoes and campfires and creaky bunk beds. But summer camp takes on many forms these days.

For 83 Putnam County kids, a recent summer camp involved science lessons, hands-on learning and not having to spend a single night away from home. 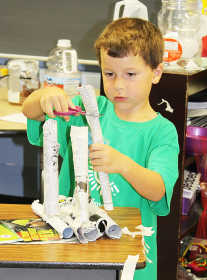 Director Michelle Thomas praised the national program for its engagement of students.

Through the weeklong process, children use gears and gadgets from dissected machines and other upcycled materials to create prototypes of inventions they believe will help improve the world. There is not a lot of emphasis on inventing a working device in five days. Rather, emphasis is placed on fostering inventive-thinking and creative problem-solving skills throughout their lives.

Children rotate through a schedule that includes four modules each day and incorporates a variety of hands-on activities ranging from creating an invention from a discarded household appliance to brainstorming their way home from a strange planet.

At Camp Invention, there is no right or wrong answer. Instead, the project focuses on the process. Children learn through trial and error. 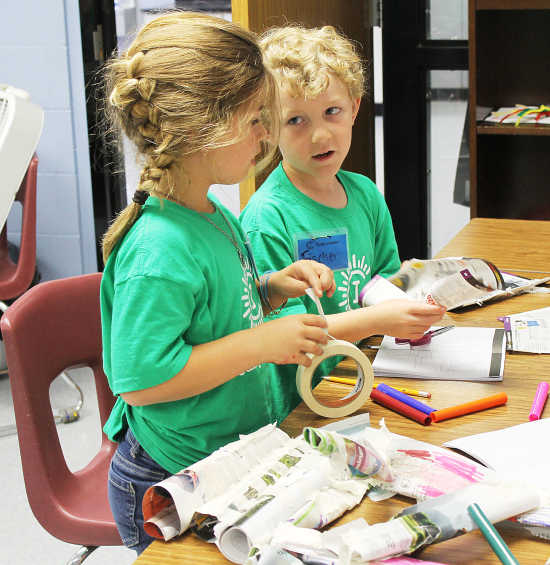 Greencastle School Corporation plans to host Camp Invention again next year. The curriculum, games and theme of the camp are new and different every year so kids can come year after year.

Businesses can donate for next year's scholarships at any time by sending a check to Chelle Thomas at Tzouanakis, 500 Linwood Drive, Greencastle with the check made out to GCSC and Camp Invention written on the memo line. Organizers would like to offer even more scholarships next year.

Camp Invention first ran in Akron, Ohio, in 1990 as an outreach program. During the summer of 2014, the program hosted more than 83,000 children at more than 1,300 sites around the country.