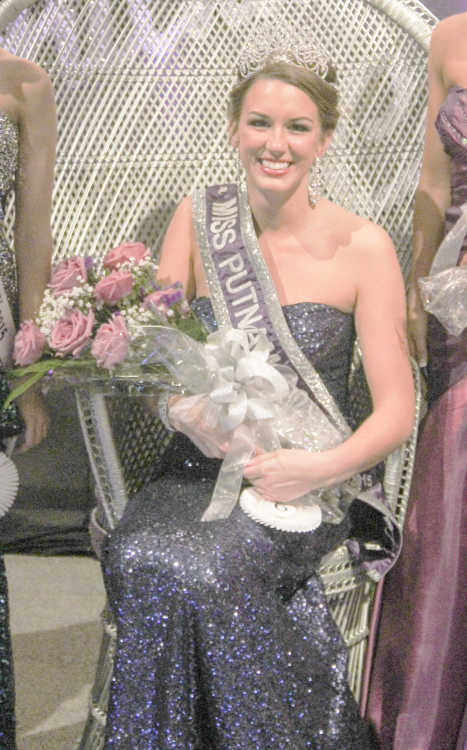 Emerging from a field of eight young women, Kristen Stevens emerged as Miss Putnam County Fair Queen 2015, claiming the crown Saturday evening at the Putnam County Fairgrounds Community Building. Stevens is the daughter of Gary and Julie Stevens of Greencastle.
Order this photo

Eight Putnam County young women took to the stage in the Putnam County Fairgrounds Community Building Saturday night. Stevens came out on top as the Fair Queen, and she tearfully accepted the crown from her predecessor, 2014 Miss Putnam County Brittany Birt.

Stevens is the 18-year-old daughter of Gary and Julie Stevens, of Greencastle. She is a 2015 graduate of Greencastle High School. She plans to attend Purdue University in the fall to study Agricultural Economy.

She is a 10-year 4-H member, having participated in dairy and swine for all 10 years. She also participated in consumer clothing, foods, gardening, geology, latch hook and horse and pony.

"I'm so blessed. I always dreamed of wearing this crown," Stevens said. 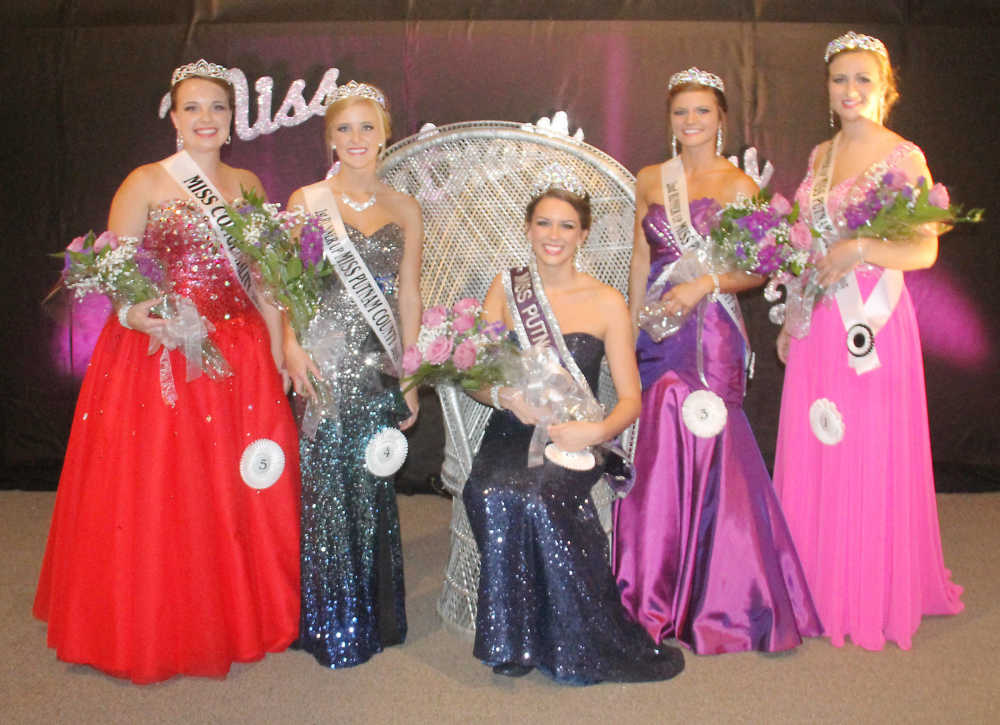 Before the contest each participant had a one-on-one interview with the judges, which consisted of 45 percent of their score. During the presentation Saturday evening, they were judged on professional wear, evening wear and an impromptu on-stage question.

Backstage, Stevens was still overcome with emotion and explained why the Fair Queen contest was so important to her.

"I've just always wanted to do it. My old babysitter, her name was Megan Hutcheson, and she was second runner-up her year, I believe, but I always looked up to her. I want to be that person for a young girl, so that somebody will look up to me and do this one day when she gets old enough," Stevens said.

Stevens said she has already started her journey as a role model while she helps her father, who serves as the 4-H dairy barn superintendent.

"I was always nominated to teach the first-year members how to show a cow the day before the show," she recalled with a laugh.

Another duty of Stevens will be to represent Putnam County at the Indiana State Fair in January. She said she was not ready to think about that task yet.

"I'm still not over this," Stevens said.

Stevens said she loves Putnam County and quickly said she plans to come back after graduating college.

"I want to marry a farmer and live on a farm here in Putnam County," she said. "Small town, big dreams."

Stevens stressed her appreciation to the contest committee, consisting of director Rachel Wilson, Stephanie Alcorn and Sandi Clark. She said they helped each contestant come out of their shells and realize their potential.

The first runner-up, Cherry, will step up in the event Stevens is unable to fulfill any duties. 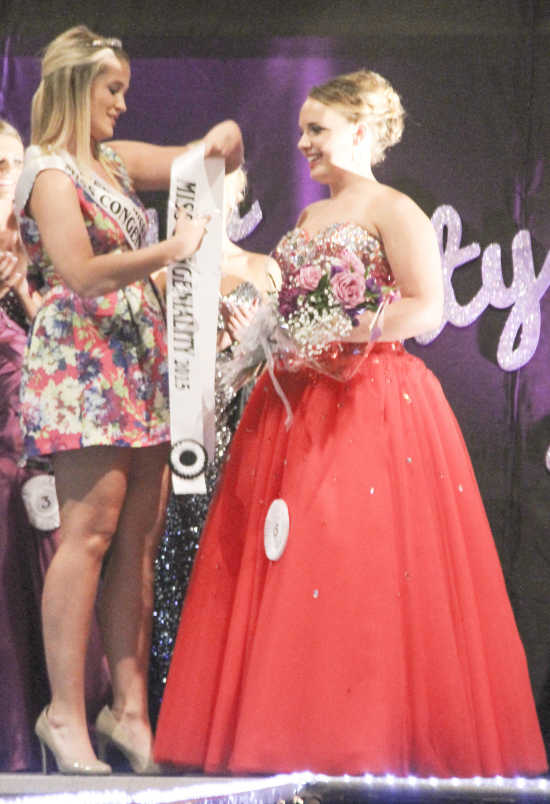 While talking backstage, Stevens said she knew from day one that Goss would be voted Miss Congeniality. Each contestant votes for the person with the best personality.

Goss is the 19-year-old daughter of Gordon and Rachel Goss, of Cloverdale. She is a 2014 graduate of Cloverdale High School and is currently attending Purdue University to study agricultural education.

Her upbeat personality was apparent when asked the impromptu questions about what era she would live in if given the choice. Goss said she would like to live in the 1970s because "they had so much fun and didn't have a care in the world. I think that's something we need to do today."

"It makes me feel so good about myself," Goss said about being crowned Miss Congeniality.

Goss said her favorite part of participating in the contest is creating new friendships, which now feels like a second family.

Looking back, Goss said she was particularly nervous about the one-on-one interviews, and was excited to do well on the impromptu question.

"We did a lot of silly behind-the-scenes practice that made it a lot easier," Goss said.

The Putnam County Fair is scheduled for July 17-25.