'Viennese Melting Pot' next up for Summer Music Festival Wednesday 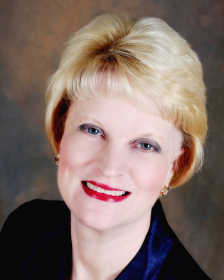 No tickets are required for the free 7:30 p.m. show. Concerts are funded through free-will offerings and donations, an endowment at the Putnam County Foundation and support from local businesses, including the Inn at DePauw.

This week's concert has been funded by the Greencastle Fireside Knitters in memory of Gail Hurst, an award-winning knitter, who was a regular at the festival concerts until she passed away in August 2014. 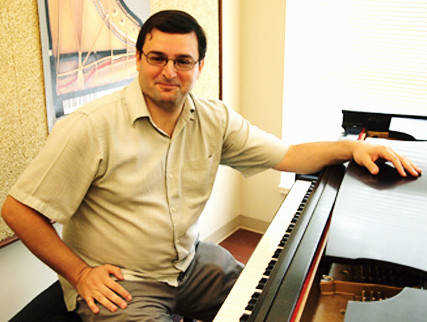 The festival will continue next week on Wednesday, July 22 with Grammy-winning Argentinian pianist Fernado Otero and cellist Eric Edberg, the festival's founder, playing Otero's own compositions, a fusion of tango, jazz and classical elements.

Paré has extensive solo and operatic experience, having performed with a variety of nationally-known opera companies, including the Opera Theatre of St. Louis, the Cincinnati Opera Summer Festival, the Ensemble Company of Cincinnati Opera, the Des Moines Metro Opera, and Opera Iowa.

Her operatic experience has included roles in staged productions of Cendrillion, Carmen, The Barber of Seville, and The Bartered Bride, and a concert performance of the Die Zauberflöte with the Cincinnati Symphony Orchestra. She has also performed as a soloist with the Cincinnati Ballet, and presented numerous recitals at colleges and universities, including the University of Cincinnati College-Conservatory of Music, Northern Kentucky University and Western State College.

She has recorded Bernard Gilmore's Five Folksongs for Soprano and Band on the Klavier Label, with the Cincinnati Wind Symphony, under the direction of Eugene Migliaro Corporon. She is active as an adjudicator and clinician for the Indiana State School Music Association (ISSMA), the National Association of Teachers of Singing (NATS), and the Indiana Music Teachers Association (IMTA). In addition, she has also been a participant in the Grandin Festival for vocal chamber music, and is a faculty advisor for the DePauw chapter of Mu Phi Epsilon. She received a Bachelor of Music degree in voice performance from Westminster Choir College and Master of Music degree in voice performance from Florida State University.

She is also an active teacher in the DePauw Preparatory Program Before joining the faculty at DePauw, Professor Paré taught at Northern Kentucky University, Florida State University, Western State College and Simpson College.

Weinstein holds B.M. and B.A. degrees from Oberlin College and M.M., P.D., and Doctor of Music degrees from the Jacobs School of Music at Indiana University. He is entering his sixth year at DePauw, where he teaches secondary piano, Advanced Keyboard Skills, Piano Literature and Piano Pedagogy, serves on the accompanying staff, and directed the student Accompanying Center. For the past five summers he has been on the faculty of IU's Summer Piano Academy and, for more than 10 years, has been a year-round instructor of piano and theory for IU's Young Pianists Program. He had also taught at Vincennes University and had been an associate iInstructor of Piano and Music Theory at the Jacobs School. In addition to his activities as a solo recitalist, he is an avid collaborative pianist and chamber music partner.

A fourth-generation musician who grew up in what is now Ukraine, Weinstein pursued a number of other interests when young, coming to "pre-professional" piano study significantly later than his heritage -- the juggernaut that is the Russian musical tradition -- would deem acceptable. As a child, he sang in an award-winning choir with which he won prestigious competitions in Cantonigr--s (Catalonia, Spain) and Varna (Bulgaria) and performed in Germany, France, Spain, Poland, Bulgaria, Romania, and all over the former USSR.

Following his family's immigration to Cincinnati, he found his way, almost by accident, to the School for Creative and Performing Arts and gradually grew more serious about the piano under the guidance of Derison Duarte. He went on to study piano performance (with Haewon Song and Sedmara Rutstein), as well as music history and pure mathematics at Oberlin, where he graduated with honors and completed a research project in commutative algebra. Once having met Professor Luba Edlina-Dubinsky, at a summer chamber music program, he could not imagine continuing his studies anywhere but Indiana University. Thus far, he has continued to evade a narrowly focused career, teaching piano and an array of other music subjects to students of widely varying ages and backgrounds. He is in demand as accompanist and vocal coach, with special emphasis on Russian lyric diction, and he performs in piano duo with his wife Karina Avanesian as well as piano-cello duo with Israeli cellist Yotam Baruch. He is currently involved, along with his sister, mezzo-soprano Yana Weinstein, in a project of performances, translations, and IPA transcriptions of the songs of Nicolai Medtner.

The Greencastle Summer Music Festival brings the community together with friends making music for friends. Its 11th season of free concerts (supported by donations) every Wednesday at 7:30 p.m. through Aug. 19 in the sanctuary of Gobin Memorial United Methodist Church.