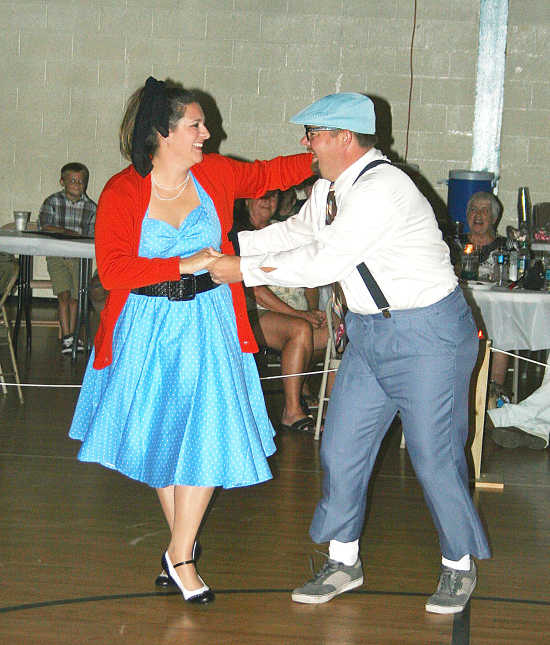 RUSSELLVILLE -- The Community Center in Russellville was bustling Saturday evening when it hosted the Tri-County Dancing with the Stars.

The occasion was designed to be a fundraiser for the center and a fun night out for those who were looking to have a good time and raise money for a worthy cause.

The event, preceded by a dinner and followed by an auction, began at 6 p.m. and eventually gave way to the main attraction -- a dancing competition between teachers and faculty members of the North Putnam School Corporation. 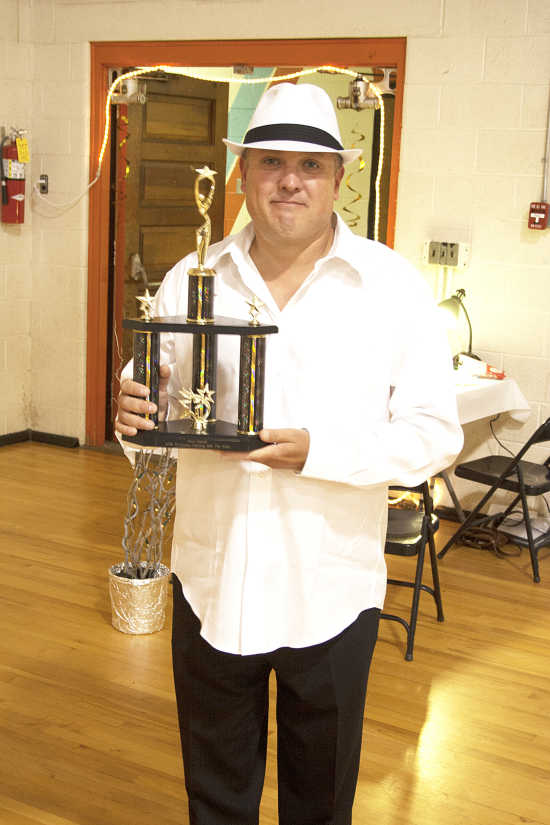 Each dancer and their instructor got a chance to bust a move in the center of the building's gymnasium while surrounded by onlookers.

Dancers and instructors, respectively, included a hip-hop number from Collin McCartt and Ashley Moeller, a jazz duet by Darren Hazlett and Kirstin Mindiola, a swing style performance by Jason and Alyssa Chew, a spicy salsa number by David and Ashley Moeller and finally a jazz set performed by Bucky Kramer and Mindiola.

Three categories of awards were given. North Putnam Principal Jason Chew won "Crowd Favorite" and "Most Tickets Sold" (another form of crowd favorite), while Darren Hazlett took home the top prize as the coveted "Best Dancer." 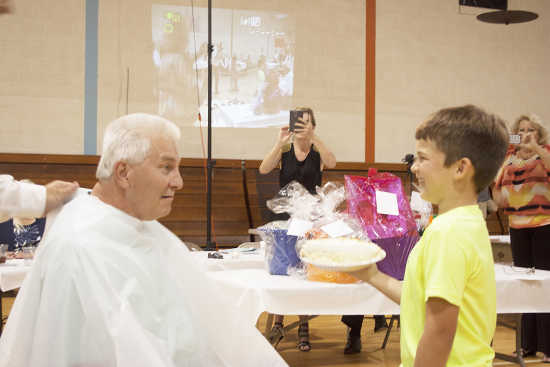 In an impromptu decision, North Putnam Superintendent Dan Noel accepted a challenge from North Putnam High School Principal Jason Chew in which, if each were allowed to see the cream pies on each other, they would pay $50 for the dessert. Christian Kramer was allowed the honor. (Banner Graphic/Nick Wilson)

During the judges' deliberation, an auction was held to raise funds for the community center's heating system. Several items were sold, but none were as memorable as two cream pies.

Bestowing the honor upon kids Brayden Chew and Christian Kramer, the pair of North Putnam employees' smiles went from clean to messy, growing all the while.