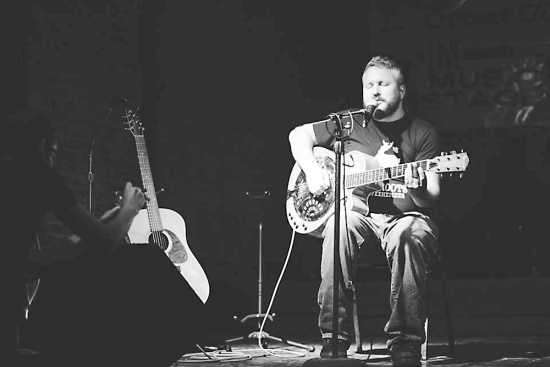 Richmond-based singer Achilles Tenderloin will be one of three Indiana performers featured at the first Greencastle Songwriters Showcase event Friday at the Inn at DePauw. (Courtesy photo)

The positive response to a show last winter gave a local artist an idea.

Following a January show at the Inn at DePauw featuring DePauw graduate David McMillin and local talent Gus Moon, Dennis Furr decided that more singer-songwriters from Greencastle and around Indiana needed a chance to showcase their work in a venue where they provide more than just background music.

"The idea started when I went to the David McMillin and Gus Moon show that Ron Dye put on," Furr told the Banner Graphic. "Just seeing that there was a great community response to this environment where these songwriters could perform rather than just a bar where it's a social setting with music in the background. It gave me hope that there's an attentive audience here in the Greencastle and DePauw communities."

A bassist and sometimes drummer involved in projects such as Gus Moon, War Radio, trollkiller and Saturday Shoes, Furr began reaching out to local independent artists he knows and admires.

The fruit of his efforts is the Greencastle Songwriters Showcase, two upcoming concerts that Furr hopes will turn into a series of shows showcasing independent singer-songwriters.

The first concert is set for 7 p.m. this Friday at the Inn at DePauw Social Center, featuring Evan Slusher of Indianapolis, Achilles Tenderloin of Richmond and Peter Oren of Bloomington. 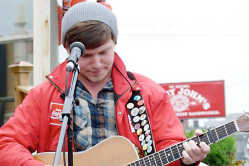 The second show will take place on Friday, Oct. 16.

"The goal is to provide that outlet for the artists to exhibit their work and giving the people who want to have a chance to see it in an environment where there's not a lot of chatter in the background," Furr said. 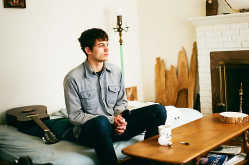 "It's not going to be 'just a gig at a bar,' this is put together as a concert."

Based on the response of the first three artists, there is some excitement for the chance to play an intimate, artist-focused concert.

"These were the first three musicians that I had in mind for this, and they were all able to do it," Furr said. "I have a big long list of people, but I didn't have to go very far because they were all available."

In addition to being a singer-songwriter, Slusher is a culinary student at Ivy Tech. He's a fan of music, poetry, theater, nature, baseball and basketball, as well as a lover of ethnic food, writing, fishing, birdwatching and folk music.

Achilles Tenderloin is Joe Augustin, an original folk blues artist. His music is heavily influenced by pre-war blues artists, especially Skip James and Son House, but also reflects a passion for the more lyrically focused songwriting of the American folk movement and beyond.

Oren was born in southern Indiana. He grew up singing in the Catholic masses he'd later abandon. He started writing songs at 18, hitchhiked alone in Norway at 19 and dropped out of college at 20. He's been arrested for protesting twice. He'd garden if he could stay put long enough. At times he may be found sleeping in the back of his truck by the ocean or up a national forest road. His writing often focuses on unjust power dynamics and environmental degradation. Love (or lack thereof) is an issue every day, so there's plenty of that too.

Furr is excited to welcome three artists he admires to Greencastle and to introduce them to a local audience. There will be a chance to meet the performers after the show.

The lineup for the second show on Oct. 16 is already set, with a songwriter circle featuring Ron Dye, Gus Moon and Angie White. Following this, there will be a special performance by Greencastle native Kevin Crafton.

More information on the October show will be available as the date approaches.