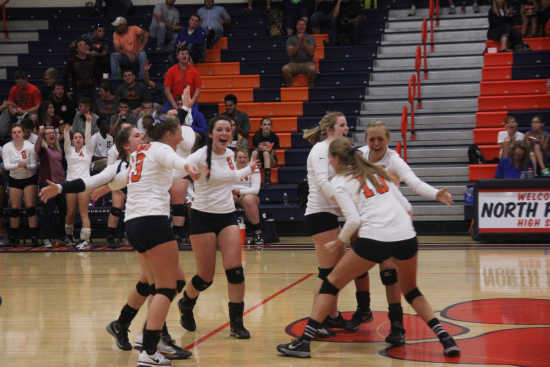 ROACHDALE -- North Putnam's volleyball team had an opportunity against county rival Cloverdale, who was coming off a 3-0 win against Monrovia and took full advantage.

With plenty of Cougar and Clover fans enjoying the match, as well as ribeyes and coney dogs, North Putnam took the win in straight sets. 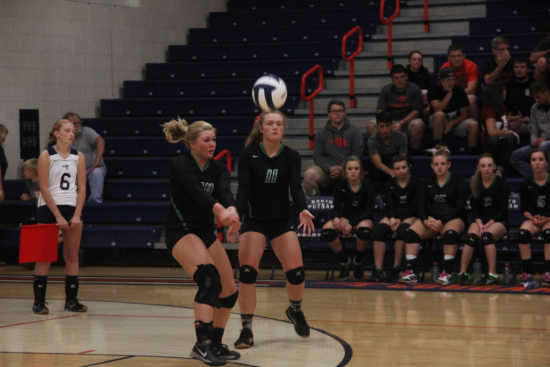 "Right now we are focused on our conference schedule," NPHS coach Brady Dixon said. "We really want to be top of the east division. We've been focusing on killing the ball at the first available opportunity."

The Cougars certainly got the message that the coaches were getting across. North Putnam was successful in attacking, earning 23 kills to Cloverdale's 11.

"This is not normally how we play," Clover coach Kathy Moore said. "I know we've had our struggles this year. But we should be improving and it just didn't show tonight." 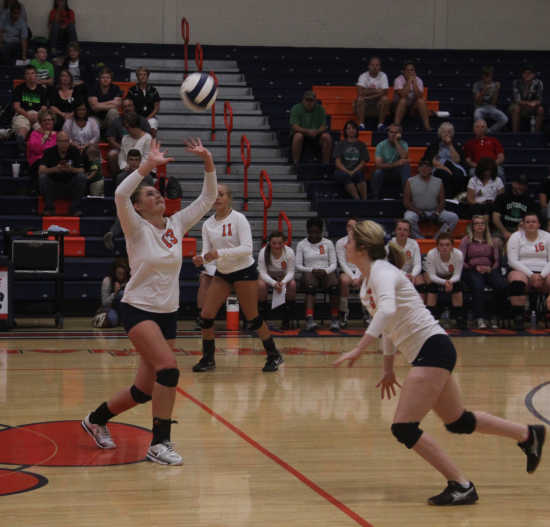 North Putnam's Lyndi Parent sets up Carlie Bundy for an attack against Cloverdale. NPHS had 23 kills as opposed to Cloverdale's 11. (Banner Graphic/JAY LOCKETT)
Order this photo

North Putnam's Taylor Nauert was the nemesis for Cloverdale, as the 6-foot senior pounded the ball at the net for 10 kills.

The Cougar coach said the team's main hindrance this season has not been a problem on the court. However the team's chemistry issues are a thing of the past according to Dixon.

"I think ours is more of a mental thing," Dixon said. "I think we've really overcome that. They've really turned to each other and realized how important it is to play to together in order to be successful. It's definitely showing on the court."

Moore believes that the Clover problems are also mostly a mental aspect.

"It's going to take confidence and a belief that you can do it," Moore said."

North Putnam has five conference matches before the crossover game, including a game at Greencastle on Oct. 1.

"I can't be more proud of them," Dixon said. "They are really trying to learn to finish games, and to not give up when we are down. They are doing awesome."