Monty Python musical comedy 'Spamalot' to be staged at DPU 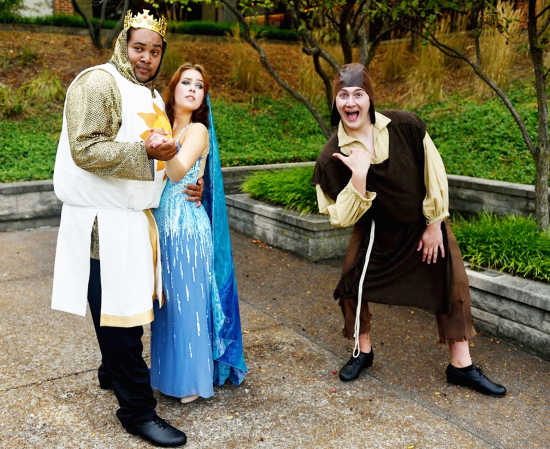 The musical comedy opens Thursday, Oct. 1 at 7:30 p.m. in Moore Theatre of the Green Center for the Performing Arts followed by a reception in the Great Hall.

With book and lyrics by Eric Idle, "Spamalot" is adapted from the 1975 cult classic film, "Monty Python and the Holy Grail." The story pays tribute to the legend of King Arthur -- taking a few liberties along the way, naturally. Though the musical takes its inspiration from Monty Python's famous film, the added musical numbers make for an entirely new adventure.

First opening on Broadway in 2005, "Spamalot" was nominated for 14 Tony Awards. The show received top honors in three categories -- including Best Musical of the 2004-05 season -- and has been translated into more than 10 languages for international audiences over the last 10 years.

The DePauw production is directed by Andrew Hayes, associate professor of communication and theatre and chairman of the department, with musical direction by Steven Linville and choreography by Deb Grammel.

Tickets are $6 for general admission and $3 for students. They are available online for purchase at www.brownpapertickets.com/event/2246076.