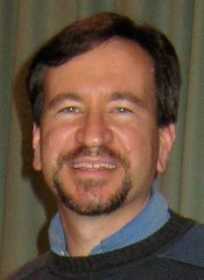 Micah Clark, executive director of the American Family Association (AFA) of Indiana, will be the featured speaker at the Greencastle Defenders of Liberty meeting on Monday, Oct. 12 at 6:30 p.m.

The event is scheduled for the Putnam County Airport's Dixie Chopper Business Center, located at 102 Ballard Lane in Greencastle. The public is invited to attend.

Clark will speak on the Religious Freedom Restoration Act (RFRA), voted upon by Indiana legislators and signed into law by Gov. Mike Pence this spring. Due to intense pressure from LGBT lobbying, the bill was updated and signed three days later, overriding the original RFRA draft.

Action is being taken to provide special protection for the LGBT community and pressure now rests on Indiana's legislators to approve the bill when they return to session in January.

Clark, a 1989 graduate of Southwest Baptist University in Bolivar, Mo., holds a bachelor's degree in political science. Clark interned as a member of the Indiana House of Representative's Republican staff, later becoming an assistant campaign manager for a state senator.

Clark then served as a legislative assistant for the group Citizens Concerned for the Constitution. He served as the Indiana Family Institute's director of public policy and later as its executive director throughout the 1990s. Clark is the only person to have served with all three of Indiana's top pro-family organizations.

Former Gov. Frank O'Bannon appointed Clark to serve on his education round-table. Clark was then re-appointed for a second term by former Gov. Joe Kernan.

In October 2007, Citizens for Community Values of Indiana named Clark its Citizen of the Year for his work concerning family values in the political arena as both the head of AFA of Indiana and the president of its Political Action Committee. In September 2008, Clark was given the Respect Life Award from Right to Life of Indianapolis for his leadership on life issues in Indiana.

Clark's wife is a marriage and family therapist at a Christian counseling center. They have two children.