Crafton back at home in Friday showcase 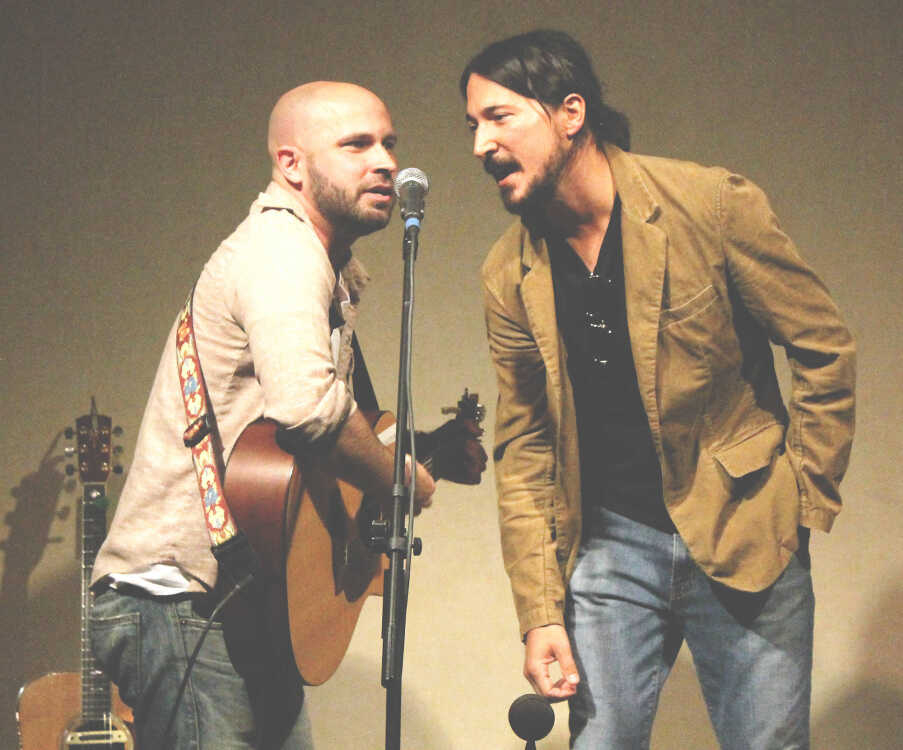 The October edition of the Greencastle Songwriters Showcase comes to a close as Kevin Crafton (left) is joined onstage by Gus Moon for the song "It'll Be Alright." It was the first hometown show in several years for Crafton, who now lives in Nashville, Tenn. (Banner Graphic/JARED JERNAGAN)
Order this photo

Perhaps it seemed a bit too on the nose that Kevin Crafton opened his homecoming show with the song "Home" on Friday night, but the Greencastle native was happy to be home and he wasn't shy about saying it. 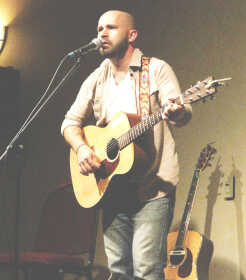 With a personal and self-deprecating show at the Inn at DePauw, Crafton closed a rousing second installment of the Greencastle Songwriters Showcase.

Sure, Crafton is living out his Music City dreams in Nashville. And he may have headlined a show in Chicago just one night earlier .

But there was no doubt what date Crafton had circled on his calendar for his latest sojourn away from his adopted Tennessee home.

"This was the big show on this tour, despite headlining Chicago," Crafton told the Banner Graphic afterward.

After thanking audience members for their attention but imploring them to talk between songs (a courtesy the Chicago crowd did not give him) Crafton was at ease, pointing out mentors, family members and former bandmates, employers and co-workers in the crowd.

The easy-going rapport is something Crafton said doesn't happen every night.

"If I'm lucky, I'm this self-deprecating," Crafton said. "It really depends on the crowd."

Of course, the hometown show didn't come without stress.

"Leading up to this show, I was terrified," Crafton said. "All the ego you build up out in the world and then you come home -- who I am out there is not who I can be here."

The familiarity was also of assistance, though. After playing the opening of "The Vacant Heart(land)," the title track of his 2011 debut release, Crafton stopped.

Saying he could only remember the second verse, the singer-songwriter prepared to move on to the next song. 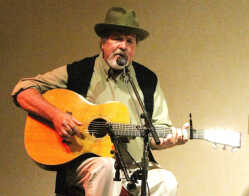 That's when the words "Where can I go..." came from the back of the room. It was ex-bandmate Matt McClaine.

Crafton's eyes lit up in recognition.

"This is what you have your old drummer in the crowd for," he said, before delivering an excellent rendition of the song.

The show was a mix of old favorites from "The Vacant Heartland" and songs Crafton has worked on in the four years since.

The new stuff is about to come to fruition in an as-yet untitled follow-up set for release this winter. Crafton describes the sound as pop folk, but cites a classic R&B and rock influence, particularly after watching the FAME Records documentary "Muscle Shoals."

Some of Crafton's influences came from much closer to home. He credited Ron Dye and Gus Moon (Anthony Mullis) with some of his early development as a singer and songwriter. It was fitting, as Dye and Moon had formed two-thirds of the night's first act, performing in a songwriter circle with Angela Norris White. 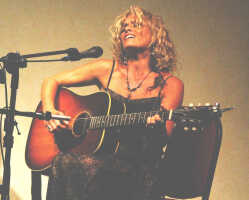 It was a fun kickoff to the evening, with the trio trading songs in a glimpse into what a private jam session is like between three artists intimately familiar with one another's work.

Norris White, who several times commented on her love for songs of the other two, had to laugh about it late in the set.

There were clearly crowd favorites for each of the three.

Norris White sang the autobiographical "Mama Can You Sing With Me?" to her mom who was seated in the front row.

The highlight from Dye was the word picture he painted of life on a Mississippi riverboat with "Great Father of Rivers," a name taken from the English translation of Mississippi. 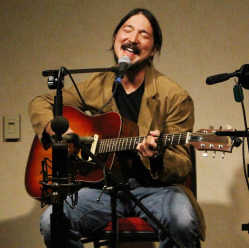 Moon was at his emotive best with "Love Is All Around," his tribute to the meaning found in everyday acts and objects.

It was just the kind of night Dennis Furr cited as a reason for founding the Songwriters Showcase. The crowd was there to hear music, to interact with the artists, not to socialize.

It also displayed the growth of the series in one short month, with the crowd doubling to around 50, a tribute to what Furr called "the power of local."

The show came full-circle after Furr asked Crafton to come back for an encore.

Crafton chose a song that he said took him back to The Blue Door, Furr's former coffee shop where the young singer got his start at open mic nights organized by Dye.

Another contributer to those shows had been Moon who, after some urging, joined Crafton onstage for "It'll be Alright."

Of course, it was more than "alright" -- on this Friday night, it was "Home." 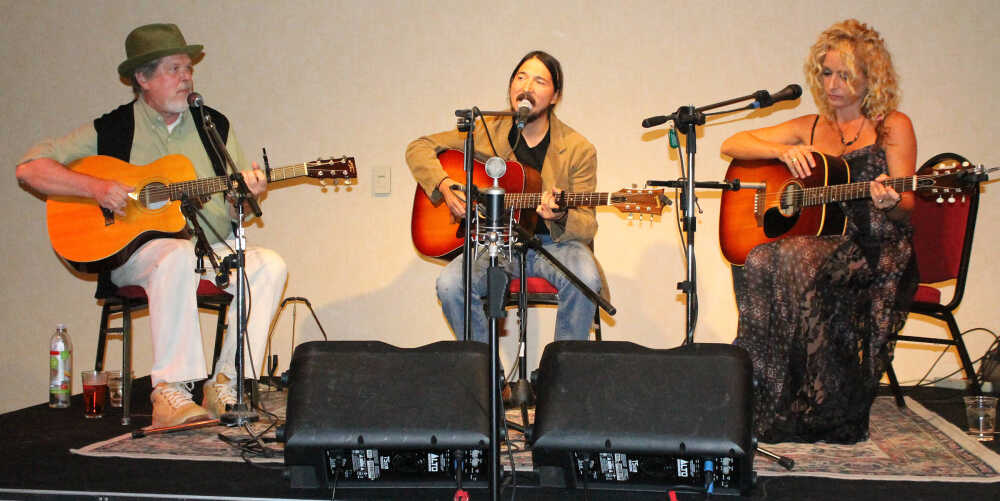 Local artists (from left) Ron Dye, Gus Moon and Angela Norris White perform in the songwriter circle Friday night at the Greencastle Songwriters Showcase at the Inn at DePauw.
Order this photo