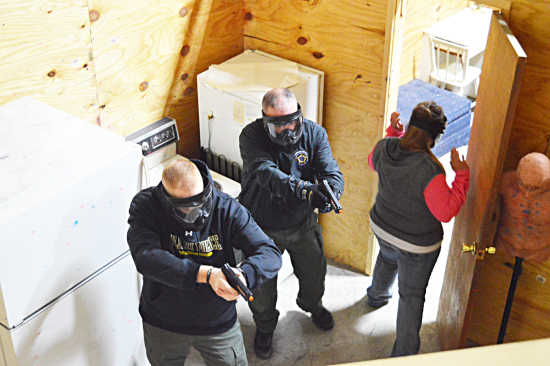 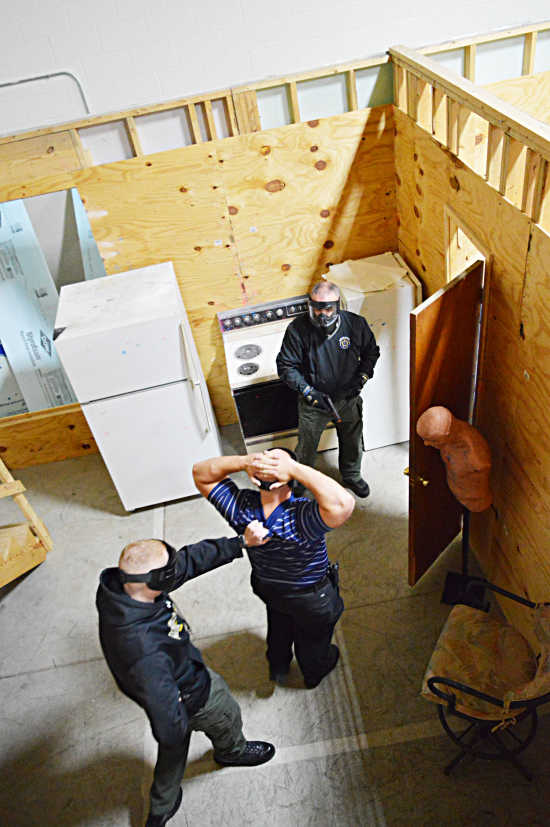 Clark serves as the Indiana Marshal's Association president, Mahoy is the first vice president and Hoppus served as the training director for the event. Officers from all over the state attended the training, including officers from Kosciusko, LaPorte, Boone, Marion, Morgan and Grant counties. 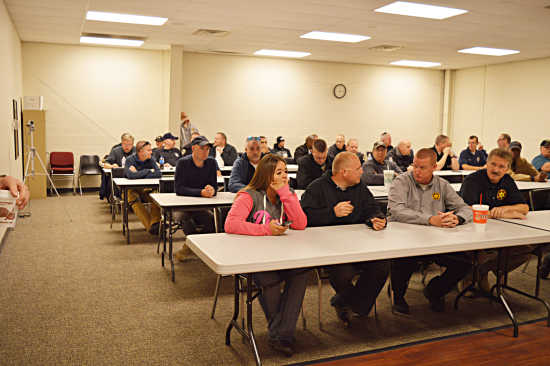 Mahoy noted the need for grants in small-town departments is a necessity and police funding is going to get worse before it will get better.

"A lot of small departments rely on grants to get items not covered by the budget," Mahoy explained. 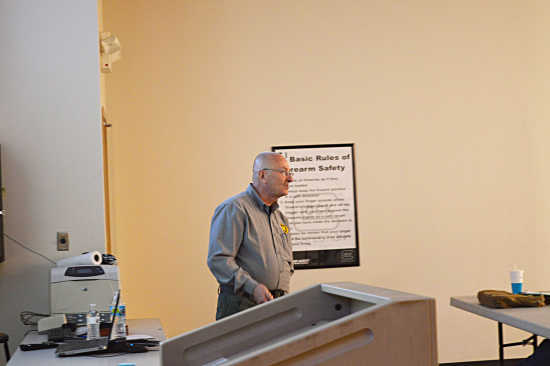 Clark added, "It would be hard for us to function without grants."

For example, Cloverdale and Roachdale police departments were both able to secure K-9 units through grants and the help of donations from the communities they serve.

Both town marshals agreed many people in the community are not aware of the time and effort departments have to put into grant writing in order to not spend tax dollars.

Mahoy said Turner provided some insight for the SFST refresher class, which focused on what to look for when conducting a field sobriety test, as well as what not to do in certain scenarios.

"When you do SFST traffic stops, you have to do everything by protocol. All of that goes into your report," Mahoy said, noting the officer's report will then be turned over to the prosecutor's office for charges to be filed.

Clark and Mahoy credited Putnam County Prosecutor Tim Bookwalter with helping secure body cameras for the officers in an effort to protect the officers and the decisions made during a traffic stop.

Of the three classes offered during the fall training session, the active shooter training was the most in-depth and unpredictable.

Clark said the scenarios ranged from a domestic dispute to a welfare check. He stressed the importance of providing the active shooter training is to ensure officers are aware they never really know what they are walking into.

"We try to do all kinds of scenarios. With one of them, officers went into a normal domestic call, until one guy pulled a gun. Things change very fast," Clark stressed.

Mahoy stressed scenarios like these, while seemingly simple in the beginning, are a "fact of life."

Officer Hoppus noted his appreciation to the event's biggest sponsor, the Town of Lizton. He added Andy Mohr Ford bought lunch for the participants. In addition, he wants to thank Brownsburg for hosting the training session.

The Indiana Marshal's Association is growing rapidly, Hoppus said, and he encourages civilians to learn more about becoming an associate member. Corporate sponsors are also appreciated, he said. More information can be found at www.INmarshal.org.