Greencastle has some new faces on varsity roster 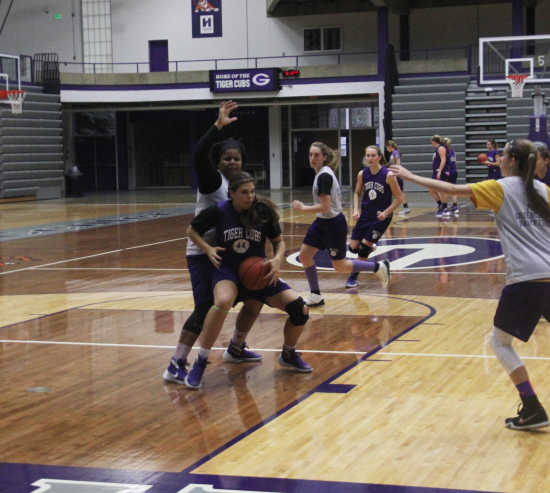 Greencastle's Mia Stevens backs into the post while being guarded by teammate Nailah Ray Tuesday during a Tiger Cub practice. (Banner Graphic/JAY LOCKETT)

Greencastle will have new faces, new offensive threats and new ways to score, according to coach Bradley Key.

"Expect to see a new team," Key said. "We graduated five seniors. Several of those played quite a bit of basketball for us. We've kind of got a new, I think, athletic team. We hope to get up and down the floor a little bit. You say that in October and you'll never know what January will provide."

"We have three strong seniors that played a lot of varsity," Key said. "Paige Bragg, Bethany Burgeson and Allison White are three really solid seniors. They've come up through the ranks. They were JV players, then a couple got some early varsity time. Last year we relied on all three of them to play for us. I'm excited about those three and their senior year. I think it'll be a good year for them." 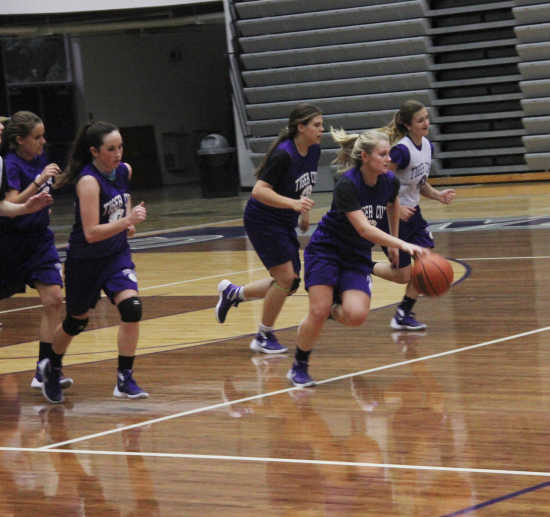 Key was also optimistic about his underclassmen such as Mia Stevens, who was an inside presence for the Tiger Cubs in the wake of the injury to Jessica Lenihan and Nailah Ray, a junior who transferred from Crispus Attucks and Gracie Smith an athletic junior who has played a lot of time on the JV Tiger Cub team.

The depth of Greencastle is something that Key is happy about and he said he is excited for the JV team who will be coached by first-year head coach Maggie Walters.

"That's what you want in a program," Key said. "You want it where girls are fighting to get on that varsity squad. It looks like we will have some depth. The varsity will be seven or eight deep, which is great for a team that wants to get up and down the floor. 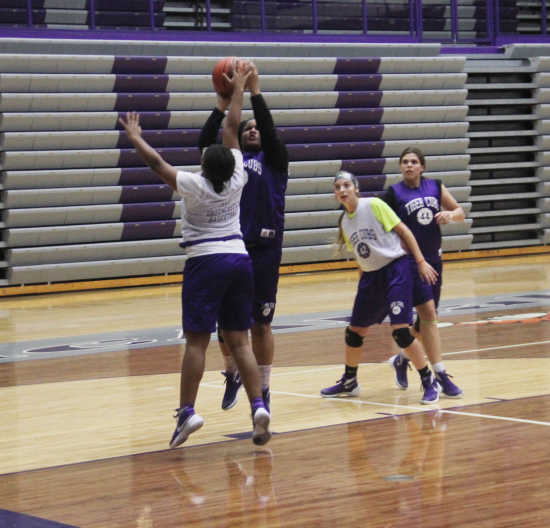 "I think our JV is going to be incredible talented. I expect them to have a good year," Key continued. "Coach Walters is in the first year of being my JV coach. I keep telling her, 'no pressure but this JV team is going to be good.'"

This was a successful offseason for the Tiger Cubs, who came out on top in the summer tournament at South Putnam. Key said the summer was a learning experience as the team, which was used to letting 2015 graduate Callan Taylor take command, began to take on a new personality.

"Now we are looking for people to step up and be vocal," Key said. "The summer kind of gives you a chance to do that. I thought we came into our own at the end of the summer. We never really had our entire lineup there though. So it's been fun in these first few weeks. We're seeing them gel and hearing new voices come up. I'm excited about this new group coming up."

When it comes to advantages on the court, Key believes that the Greencastle strength will be the same as it has been in recent years.

"I think our guard play has been better than a lot of other teams that we have played," Key said. "I don't think that has changed. I think Paige Bragg and Betheny Burgeson bring some competitiveness that you love as a coach. Both are pretty good shooters and pretty good leaders."

The seventh-year GHS coach said that at any level a good backcourt can lead to success in many areas and he is happy to have exceptional ball handlers.

"It gives you leadership," Key said. "It doesn't matter whether you are in sixth-grade basketball or in the NBA, if you don't have good guards it's hard to win. That's just my philosophy maybe that's my coaching thing. I'm a small guy so I want gaurds but it gives you leaders on the floor that can handle some pressure and then get it to the bigs when they need it."

In addition to the guards, who will include Aubrey Barker off the bench, Key said that with White consistently playing the same spot on the floor, she'd be a big advantage when it comes to leadership and execution.

Key said his seniors are different in terms of how they lead but it could be subject to change this early in the season.

"It's funny," Key said. "Paige is vocal. Paige is one that's going to tell us where we need to be. Bethany is a leader on defense. She's getting a million touches on defense. Then Allison is the workhorse. It's almost like a perfect combination from my three seniors right now. Or at least it looks like that in week one or two. You never know what's going to happen when you get into a couple games but I feel pretty confident going with those three into our games."