Going to the polls to vote is certainly seen as an important civic duty by many. 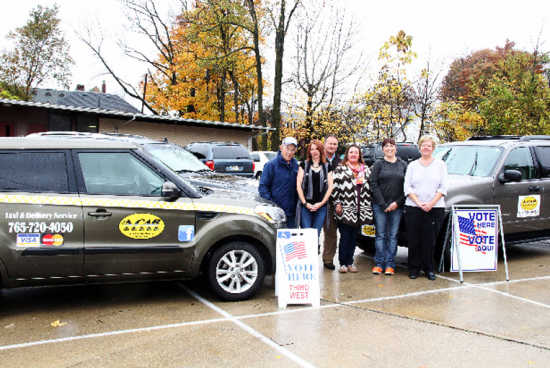 Getting people to the polls, on the other hand, is something David Evens has seen as his civic duty.

Evens, who owns and operates the A Cab taxi service in Greencastle has taken it upon himself to offer free rides to the Greencastle polls Tuesday for anyone who needs transportation to the polls to vote in the municipal election.

Polls are open from 6 a.m. to 6 p.m. Tuesday, Nov. 3 and those are also the hours Evens will offer free rides to voters in "the greater Greencastle area."

"I had two or three of my regular customers ask me if I would take them to vote," he explained Friday, "And I said, 'Yeah, and I'll even pay for that.'"

While not required, Evens nonetheless recommends making reservations for the free service by calling 720-4050.

He plans to have two cabs in service at all times on Tuesday during voting in the City of Greencastle election.

"I figure if we can give all the partiers rides on New Year's Eve, then we might as well take people to vote."