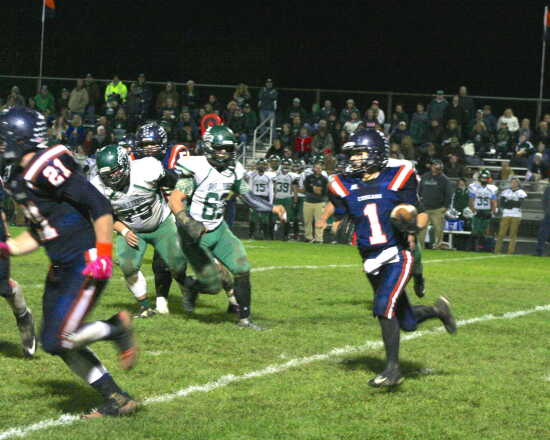 BAINBRIDGE -- Although North Putnam's season came to a halt Friday after losing 50-0 in the Sectional No. 39 Championship game against visiting Monrovia (11-1), the Cougars (9-3) can be proud that they have "put North Putnam back on the map."

"That's one thing that, as a staff, we're extremely proud of," coach Barrett said after the game. "(We) finished in the top 10 in the final poll, and that's something to be very proud of. 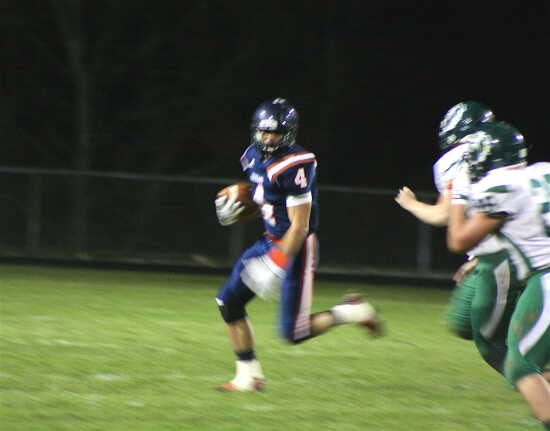 "They've changed our program back to the way it's going to be for a while," Barrett continued. "There are a lot of kids coming back on this team and we're excited about that. We thank our seniors for leading the way and showing us how to get it done."

The Cougars received the opening kickoff but struggled to gain effective yardage. After a four minute opening drive, the Cougars set up to punt but missed the snap, losing possession on downs while giving the Bulldogs a short field.

Monrovia then capitalized on the error the next play as senior Bulldog running back Jaden Rhea ran the ball for a 32-yard touchdown to take an early lead. Monrovia successfully attempted a two-point conversion thereafter as Rhea scampered into the end zone for an additional two points. The score at the end of the first quarter showed 7-0 in favor of Monrovia.

"Winning three games in a high school football sectional is a tough task," Barrett said. "But we're proud of these guys -- a 9-3 record is a darn-good record."

Adding another score in Monrovia's favor was Rhea again in the second quarter. The first play from scrimmage in the period showed Rhea taking off on a 66-yard touchdown run. After a failed two-point conversion attempt, the score was 14-0, Bulldogs.

A flurry of scoring ensued for Monrovia, scoring three more times before the break. With 6:30 left in the half, Monrovia quarterback John Williams connected with Dalton Smith for a 68-yard touchdown pass; with 3:55 left, senior Bulldog defensive back Clay Starnes intercepted a pass from Cougar sophomore quarterback Hayden Rudes, returning the pick-six back for 48 yards.

Then, with just 21 seconds remaining in the half, Rhea yet again scampered into the end zone with a 6-yard rush, giving the game a halftime score of 36-0.

"Really, we did a good job stopping the run," Barrett said. "We made them throw the ball probably more than they've thrown in the past, but they have talent everywhere. They're upfront and they're physical. We could have come into halftime and folded our tents, but we didn't do that."

A big defensive stand by the Cougars came with three minutes left to play in the third quarter at their own seven-yard line as North Putnam held Monrovia to only one score in the period. Smith scored a 71-yard rushing touchdown to begin the half, not scoring again until late in the fourth.

The final touchdown scored on the night came with 10 minutes left in the game from Monrovia sophomore running back Gabe Middleton when he ran in a 20-yard score to put the Bulldogs up by 50 and give the game its final score.

Coach Barrett again credited his players with never quitting, fighting all the way until the clocked ticked zero.

"I think it's huge and critical for their character and their discipline," Barrett said. "We're very proud of these guys getting us back to this game, it means a lot."