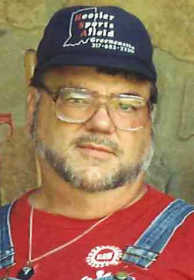 Growing up he was a self-taught mechanic who would flip cars and resell them. He loved wheeling and dealing.

He worked various jobs throughout his life until he became employed at Putnamville State Correctional Facility where he eventually retired after 20 years of service. He worked many different jobs at the pen but the most recent before his retirement was as a UAW representative.

He was a local gun dealer for many years. Bob was an avid member of NRA and was known as a gun enthusiast.

Bob became engaged to Shirley Allen in April of this year.

He was the lead bass player and vocalist for numerous bands. Bob enjoyed fishing, hunting, shooting, and music in general. He was known as a jack of all trades but master of a few.

Bob was preceded in death by his wife; son, Robert "Robbie" Baker Jr.

There will be a celebration of Bob's life by sharing memories and stories at 6 p.m. Friday, Nov. 13 at Lawson-Miller Chapel, Brazil. Visitation will be Friday at 4 p.m. until time of service at the funeral home.