Mitch worked for many years in the construction field. As a carpenter, which was part of the very fabric of his being, he spent the past 18 years in Meridian-Kessler neighborhood most recently with Bly Bennett Co. as superintendent of construction and restoration projects. 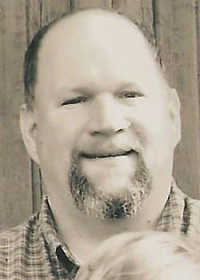 He was a member of the Masonic Lodge, Indiana Landmarks and NRA. He enjoyed farming with his grandpa, hunting out West and target shooting.

He was a 10-year 4-H member, and founding member and instructor of the Putnam County 4-H shooting sports program.

He liked music, to build and read, but mostly he loved to spend time with his daughter.

He was a 1987 graduate of North Putnam High School.

He was preceded in death by his mother and an infant child.

Visitation will be 2-7 p.m. Wednesday, Nov. 11 with services starting at 7 p.m. in the 4-H Community Building at the Putnam County Fairgrounds, Greencastle.

Memorial contributions may be made to the Mitchell Wade Beck Memorial Fund through PNC Bank at any PNC location. The fund will be used for funeral costs and to set up a benefit for his daughter.