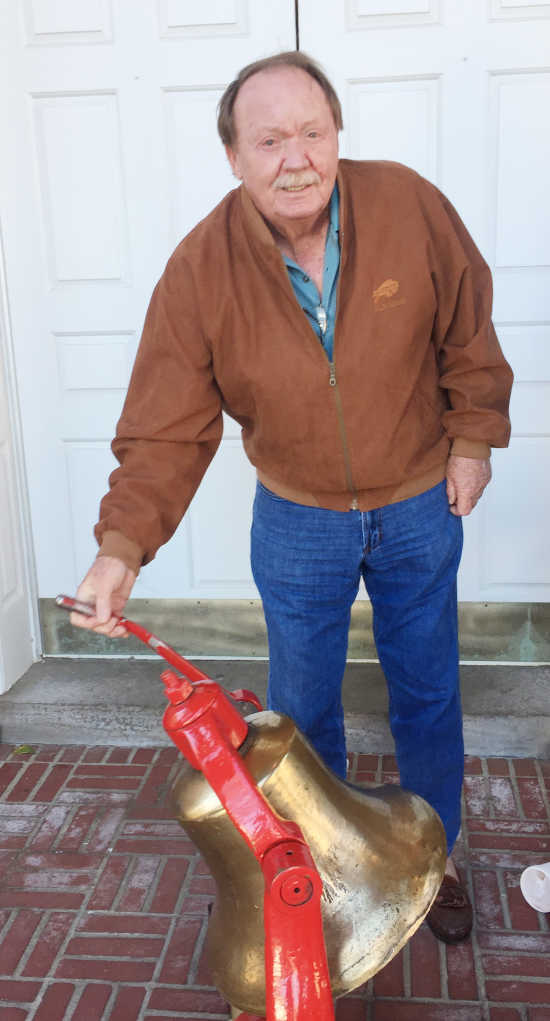 An 11-year veteran of professional football with 45 years of broadcasting under his belt, Paul Maguire knows good football when he sees it.

So that AXS TV color commentator's praise of the Monon Bell rivalry shouldn't be taken lightly.

"You're gonna see a hell of a game if you watch it," Maguire told a Rochester, N.Y., radio program Friday afternoon.

Maguire, play-by-play man Rich Cellini and the rest of the AXS crew are in Greencastle today to broadcast the 122nd meeting between DePauw University and Wabash College on the gridiron.

Preparing for his fifth Monon Bell game, the veteran broadcaster remains struck by the dedication of the student-athletes.

Maguire noted that there are no NFL aspirations at the two Division III schools. There aren't even scholarships. These are just intelligent young men getting a good education and playing good football.

"These guys are here to get an education, that's the most important part of it," Maguire said. "And they play damn good football.

"It's not like they were recruited here for football," he added. "They're not getting paid like in the pros. They're paying (the university) to play football."

Turning his attention to the actual game, which kicks off at 1:07 p.m. at DePauw's Blackstock Stadium, Maguire thinks the Tigers (8-1) might have something for the seventh-ranked Little Giants (9-0) following six straight losses in the rivalry.

"If DePauw puts points on the board first, this could be a good football game," Maguire said. He then added what a strong Wabash team this is as well. "Wabash is the most balanced team I've seen in five years."

Praising the arm of DePauw quarterback Matt Hunt, Maguire said the junior is the key to the game.

In 45 years of broadcasting, some of Maguire's most notable work came as on ESPN "Sunday Night Football" alongside Mike Patrick and Joe Theismann from 1998 to 2005, as well as working two Super Bowls broadcasts with Dick Enberg and Phil Simms.

Yet even with that background, Maguire sees a unique passion in the DePauw and Wabash fanbases.

"With NBC I was privileged to do Super Bowls and I can't say those were more important," Maguire said. "I love coming to this place."

Maguire added that on a Saturday afternoon, a football fan can choose from dozens of college football games. Browsing through the channels, they could absentmindedly stop on any random game and watch for a while. It's different with the Monon Bell broadcast, and Maguire takes that to heart.

Coverage of the 122nd Monon Bell Classic begins at 1 p.m. this afternoon on AXS TV. Locally, AXS is available on channel 881 on Metronet and at 1241 for xfinity customers.