'Grease' is the word at GHS Thursday through Saturday 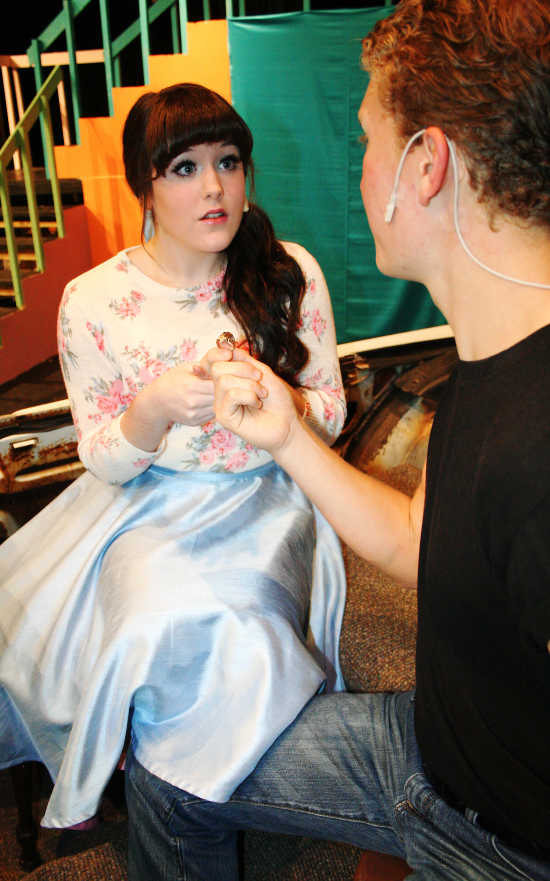 What do you do if you want to see a production of Jim Jacob's and Warren Casey's musical "Grease," but you know it won't be suitable for your whole family?

Show times are Thursday, Friday and Saturday at 7:30 p.m. at Parker Auditorium in McAnally Center at GHS. Tickets are available at the door for $7.

"Shorter and more suitable in content for teens and sub teens, this abridged version retains the fun-loving spirit and immortal songs that make 'Grease' a favorite among rock and roll fans of all ages," says publisher Samuel French Inc.

The show remains the love story of Danny Zuko (played by Logan Beck) and Sandy Dombrowski (played by Hannah Brattain). Except for Rizzo (portrayed by Bailey Hudson), the leader of the clubjacketed gang the Pink Ladies, the other girls do their best to keep Sandy and Danny's romance alive.

The cast also includes a chorus of 28 students.