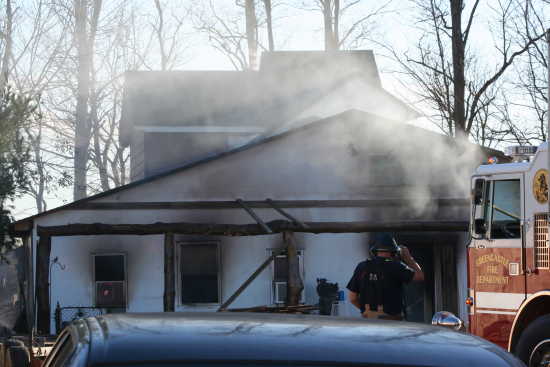 After an hour of battling a fire at a Mount Meridian residents, area fire departments continued to fight through the large amounts of smoke coming from inside. (Banner Graphic/Sabrina Westfall)
Order this photo

Area fire departments responded to a residential structure fire at 5699 E. U.S. 40, owned by Lance Morrison, at 3:13 p.m. and remained on scene for nearly three hours.

Capt. Brian Poole said Morrison and his parents noticed smoke in the house and found an active fire in the utility room. 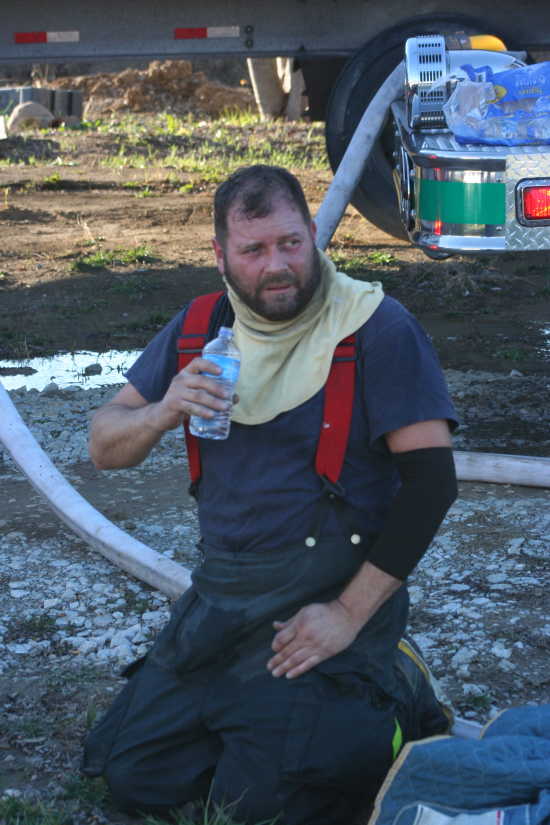 The family was able to get out of the house quickly and without injury.

Upon arrival, Poole said a heavy amount of smoke was coming from the front of the house, with visible flames showing in the rear of the home.

Within an hour, nine area fire departments were on scene helping to battle the blaze. Large billows of smoke were visible from the highway.

Greencastle Fire Department remained on the scene until almost 6 p.m.

"It was a windy day and we were low on manpower," Poole said regarding the length of time spent at the scene.

"It took a while to extinguish the fire. The side the fire was on was close to the wind (direction) and the window and door were open."

Due to the location of the fire, Poole said the dryer was probably the cause of the blaze.

The house is likely a total loss.

"We couldn't have done this safely without everyone there (from other departments) and the good teamwork to try and save this residence," Poole noted.

Poole noted there were no injuries during the course of containing the fire.