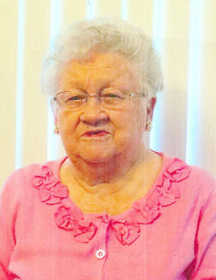 She lived in Harvey, Ill., in her early childhood before moving to Warren County, where she resided most of her life. She graduated from West Lebanon High School in 1940.

Joy was a member of the West Lebanon Trinity Presbyterian Church.

She served as Warren County treasurer from 1985-89 and also worked in other Warren County offices. She also served on the Absentee Election Board.

She was a past member of the West Lebanon Order of Eastern Star No. 162 and Warren County Republican Women's Committee. She was very active and always kept up on politics.

Joy liked to sew and read books before having macular degeneration of her eyes. She loved cooking for her family and being with all of her family.

Visitation will be at Grady Funeral Home in Williamsport on Friday, Nov. 27 from noon until service time at 2 p.m. with Pastor Ron Shelby officiating.

Interment will be at West Lebanon Cemetery.

Memorial contributions may be made to the Trinity Presbyterian Church.

Online condolences may be made at www.gradyfuneralhome.com.