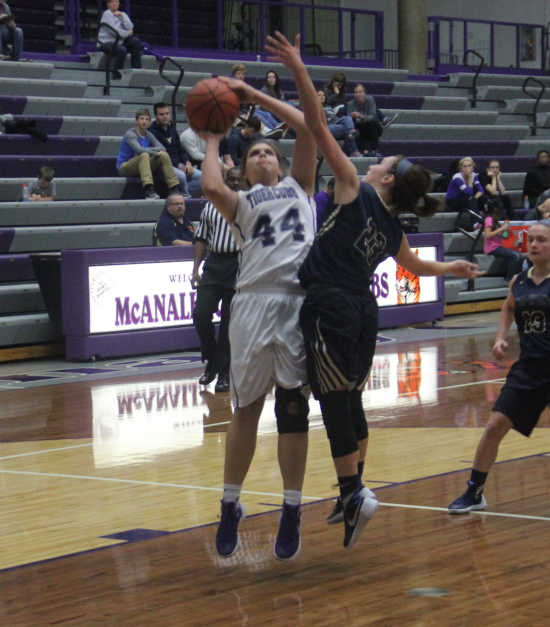 In the Greencastle girls' basketball team's game with Tri-West, Tuesday at McAnally it took a variety of players and a good defensive effort to earn the 58-45.

"I think we are a good team of basketball players," GHS coach Brad Key said. "We don't have one outstanding player we just have a group where any one of them could be the leading scorer any night."

GHS also has a basketball team where anyone could lead in rebounds or steals and this makes for a difficult team to play against for four quarters. 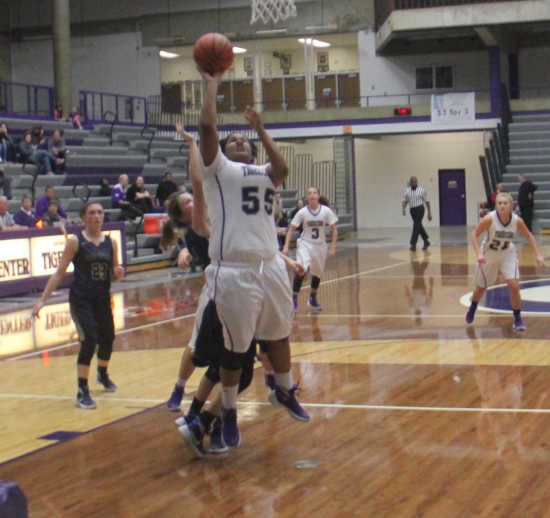 The first quarter mirrored the game at large with GHS taking a quick 4-0 lead and Tri-West fighting back to keep the game close. It was 11-10 after the first.

"When you look at the scoring it's great scoring again across the board," Key said. "Nailah (Ray) came in with eight off the bench. She didn't have a ton of minutes. Thirteen minutes, eight points, that's a great game."

In the second the Tiger Cubs turned up the scoring and began to take some shots in the paint against the smaller Bruins.

Mia Stevens scored six in the second, one basket coming on an offensive rebound and another via a steal and an aggressive take to the hole. Ray netted four in the second, knocking down a pair of foul shots and Paige Bragg was doing a nice job feeding the post scorers.

Greencastle responded well after Tri-West beat the buzzer on a three before halftime and its 28-25 halftime lead grew to 45-29 at the end of the third.

"I like that we were able to get stops. I felt like we kind of let up a bit when we had a 15 --point lead," Key said. "A good team has got to put the foot down on the gas and go. But when it counted we got stops but we probably shouldn't put ourselves in that position."

With Bragg in foul trouble Key said he was pleased at the way the Lady Tiger Cubs played in her absence.

Bethanie Burgeson made two of her three threes in the third quarter. Ray, Stevens, Jalyn Duff, Allison White and Bragg all contributed to the 17-point quarter.

"It was interesting to see how we were going to be able to adapt to that," Key said. "because we really haven't had one of our three seniors in foul trouble all year. So I thought we did a pretty good job and Aubrey Barker did a good job coming in. We played a solid basketball game."

However one last surge from the Bruins was in order as Tri-West fought back to a 48-42 deficit before GHS was able to put the game away. White scored seven of the team's 13 in the fourth and she led all scorers with 15.

"I don't think we are outstanding yet but we are on the verge of being a very good team," Key said. "We keep getting better every game. Good teams extend leads. I would've liked to see us extend the lead in the third quarter but it's a learning experience. Tri-West played hard tonight. I'm happy with the 8-1 start."

Greencastle will next travel to its WIC Western Division rival West Vigo (2-4) on Friday for a 6 p.m. start.