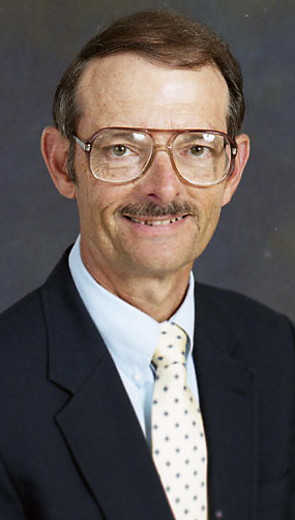 Charles E. Mays, emeritus professor of biological sciences and a member of the DePauw University faculty for 36 years, died Nov. 14 in Dunnellon, Fla., after battling brain cancer. He was 76.

Born May 6, 1938 in Lincoln, Neb., Mays received his bachelor and master's degrees from the University of Nebraska and his Ph.D. from Arizona State University. He came to DePauw in 1968.

In addition to chairing what was then known as the zoology department, the professor was instrumental in establishing DePauw's instrumental Science Research Fellows program, serving several stints as its director.

Dr. Mays earned the university's Distinguished Professor Award in 1978 and in 2000 and was a 2003 recipient of the Mr. and Mrs. Fred C. Tucker Distinguished Career Award.

Survivors include his wife of nearly 52 years, Judy (Johnson) Mays, who worked on the DePauw staff in a variety of roles for 25 years.

A memorial service celebrating the life of Professor Mays will be held in the spring of 2016.