Indiana State Parks will host events titled "Countdown to 100: Centennial Celebration Launch" at McCormick's Creek and Turkey Run state parks, and in the south atrium of the Indiana Statehouse on Wednesday, Dec. 16.

The events mark the beginning of a year-long celebration leading up to the 100th anniversary of Indiana State Parks. 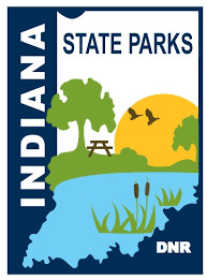 The day's activities start at 7 a.m. at McCormick's Creek with a traditional 1916-era breakfast. After breakfast, representatives of Indiana State Parks and the Indiana Bicentennial Commission will discuss the State Parks centennial and how it relates to the state's bicentennial.

A hike at McCormick's Creek will lead visitors to the park's famous waterfall and Civilian Conservation Corps Rec Hall. After the hike, everyone is invited to the Canyon Inn for hot chocolate and snacks.

Activities at the Statehouse start at noon and run until 1:30 p.m. First Lady Karen Pence will talk about the State Parks centennial and how it relates to the state's bicentennial. Interpretive naturalists from state parks and traditional artists in partnership with the Indiana Arts Commission and Traditional Arts Indiana will present hands-on activities. They include a live raptors on display, Indiana snakes, Indiana State Park history and demonstrations of Native American lifeways, fiber arts and limestone carving.

Activities at Turkey Run begin at 4 p.m. Representatives of Indiana State Parks and the Indiana Bicentennial Commission will talk about the State Parks centennial and how it relates to the state's bicentennial. At 4:30 p.m., participants will walk from the Turkey Run Inn to the Lieber Memorial, which honors Indiana State Parks founding leader, Col. Richard Lieber. Lieber's great-grandson, Fritz Lieber, will lead a toast at Sunset Point.

At each location, a local student will share thoughts about Indiana State Parks.

All activities are free, but RSVPs are encouraged to ensure plenty of food and materials are available. RSVP to gmurphy@dnr.IN.gov and indicate which of the three events (or more than one) you plan to attend.