Civic League will wrap your holiday gifts as winter fundraiser

The holiday season can be exhausting, so Greencastle Civic League is offering to help by wrapping your gifts for you. 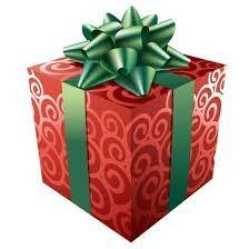 A team of Civic League members will come to your house to wrap and decorate your gifts beautifully.

They are taking appointments through Dec. 23. Persons can email civicleaguegiftwrapping@gmail.com or call 653-5167 to schedule appointments.

Monetary donations can be made out to the Greencastle Civic League.

The Greencastle Civic League has been involved locally for more than 30 years, and has worked to bring the community two parks, Emerald Palace in 2001 and most recently the Bob York Splash Park, which opened this past August.

The Civic League has hosted the annual summer concert series, Parkfest, for more than 20 years and has helped organize Clean City Month in the spring with general clean-up of local neighborhoods and parks along with sprucing up locations with flower and tree plantings.

The Civic League's winter fundraiser will help support its efforts to continue serving the community.