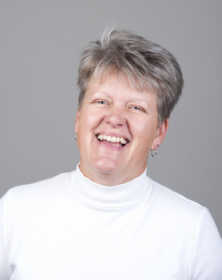 With a new year at hand, many people look forward to a new beginning by making promises to better themselves in various ways in the next 12 months -- usually to have those best intentions fade away.

One reason to have a more positive attitude now about carrying through on your New Year's resolutions is that the science of how to be happier with your choices has changed a lot.

The new field of Positive Psychology has emerged in the last 20 years.

Pamela M. Propsom, a professor of psychology who teaches a course on Psychology of Happiness at DePauw University, said rather than dwelling on people's shortcomings, it focuses on people's strengths and how to build on those characteristics.

"The resulting research offers some hope for improving your happiness and well-being in the coming year," she said.

Propsom recommends the following ways to shape achievable New Year's resolutions through which you can build life satisfaction:

-- Change activities rather than life circumstances.

"Many of us feel that if we just get a nicer house or move somewhere else we will be happier, but changing life circumstances is less likely to produce improvements in well-being than voluntary changes in one's activities. Once you get that new house, you become used to it, and it no longer brings you the same joy it did initially. On the other hand, activities provide an opportunity for a steady stream of fresh positive experiences.

"People are happier when they set a goal for themselves and work toward it. Whether it's getting a better job or learning a new hobby, goal pursuit gives us a purpose, a chance to develop mastery, and can lead to engaging with other people. As Sonya Lyubomirsky, an expert in the new field of happiness, advises: Just remember that happiness will come from pursuing goals, and not necessarily from achieving them."

-- Volunteer to help others.

"We all know that helping others makes us feel good, but sometimes it's hard to see others' needs when we're depressed or worried about ourselves. Often, the best thing we can do for ourselves is to focus on others. This can bring genuine benefit to others, and it has the positive side effect of distracting the helper from his or her own woes and making the helper feel more competent. Research suggests that providing social support for others can be even more beneficial than receiving it oneself."

-- Focus on people, not money.

"Sure, we need money to survive, but once we have a basic level of income, more money doesn't add that much to our happiness. A variety of studies conclude that people (even toddlers) were happier when they gave their resources to other people rather than themselves."

-- If you have to focus on money, spend it on experiences rather than on material possessions.

"Researchers have found that people are happier when they spend their discretionary income on having life experiences rather than acquiring new possessions. As noted above, we tend to get used to our possessions and adapt to them; over time they don't continue to make us happy, and therefore, we're on a constant treadmill, always requiring something new to give us that mood boost. On the other hand, experiences keep on giving: they can be relived through memories and talking about the event with others, continuing to give us that positive glow."

"Generally, religious people tend to be happier and healthier than those who aren't religious. You can reap some of the benefits found in religion by emulating religious practices: be grateful, forgive, hope, serve others, have a sense of purpose or meaning, and engage in community."

-- Shut off the television and social media, and get outside instead.

"Although TV is relaxing, it tends to make people feel weak and passive compared to other leisure activities. And although social media can keep you connected to your friends, it also has its downsides. The constant comparison with what and how well our Facebook friends are doing can lead us to feel bad about ourselves. Disconnect from your electronics and reconnect with nature. There is a growing body of research suggesting that nature can restore us: refocusing our attention, calming us, and making us happier."

-- Be a satisficer (satisfy + suffice) rather than a maximizer.

"We all want to make the best choice when arriving at a decision, but how far are we willing to go to achieve that outcome? Is a good option (rather than a perfect one) good enough? Satisficers (those with the goal of finding a 'good enough' option) tend to be happier with their choices than maximizers, who continue to question whether they made the best decision and are more dissatisfied."

So, Propsom advises, try to set goals for the coming year that are good enough, and you might just be happy enough.