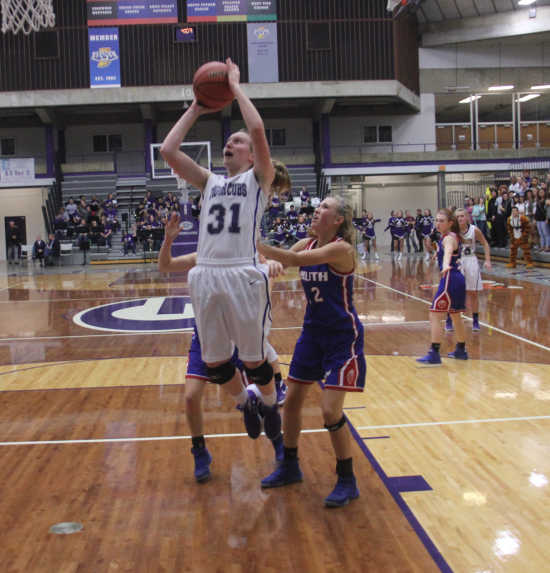 "We came out and played pretty well. It's a long drive and playing the first game, it is really hard to get the atmosphere," Greencastle head coach Bradley Key said.

The Tiger Cubs didn't use explosiveness, but instead methodically dispatched the Wildcats over the course of the game. Greencastle only turned the ball over 10 times in the game and outscored the South in every quarter but the third. In that third quarter, they were only outscored by one point.

Greencastle's Bethanie Burgeson started the game with a three-pointer. The first three points of a 15-point game. The Tiger Cubs pounded the boards and forced the action in getting 21 field goal attempts in the quarter, hitting eight of them. Greencastle led 18-13 at the end of the first stanza.

They managed to put some distance between them and the Wildcats in the second quarter. The Tiger Cubs outscored them 16-6 in the quarter on the strength of their defense. Greencastle's 2-3 zone didn't allow South to get the ball inside and they forced contested outside shots to take a halftime lead of 37-19.

"We do a pretty good job with 2-3 zone keeping the ball outside," Key said.

The Cubs varied their defenses in the second half and kept the Wildcats off-balance. They maintained their lead through the third quarter and then closed out the contest in the fourth. The Tiger Cubs shot a respectable 24-of-62 on the night, but really clamped down on South Vermillion. They held the Wildcats to just 15-of-48 from the field for 31 percent.

Greencastle will host North Montgomery today (Saturday) at 1:30 p.m. There will be no junior varsity game, just a varsity contest.