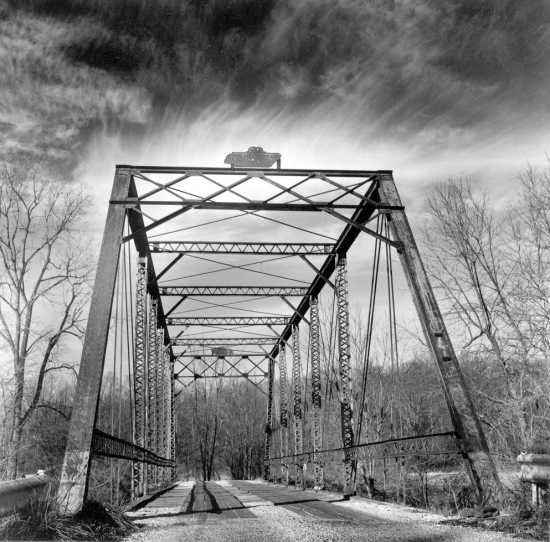 One of four Putnam County bridge projects slated for 2016, Crowe's Bridge in Greencastle Township will be replaced this summer. (Banner Graphic file photo)

On the heels of an announced four-month closure of a bridge on State Road 240, local motorists will also need to navigate around four bridge projects on county roads in 2016.

The most visible of these will perhaps be the federal aid project to replace Crowe's Bridge (Bridge 137) in northern Greencastle Township. Attempts to replace the 114-year-old bridge spanning Big Walnut Creek at County Road 100 East began in 1999.

Work is finally set to commence this summer, with a detour likely to follow County Road 200 North to County Road 25 East (Houck Road) to Albin Pond Road on Greencastle's north side.

The other federal aid project of the group also had a long road to fruition. Bridge 248 is on County Road 650 East between State Road 236 and County Road 1100 North.

The one-lane concrete bridge over Big Walnut Creek had some hurdles to federal aid status, as the 116-year-old structure was considered historic and protected until 2010. After clearing that hurdle, it was on the way to replacement.

Work on Bridge 248 will also take place this summer.

In Greencastle Township, Bridge 150 on County Road 200 South between Zinc Mill Road and 10th Street will also be under construction in the summer.

The project to replace the small, concrete bridge is currently in the design and right-of-way portions of replacement.

Greencastle Mayor Bill Dory, in attendance at Monday's meeting, pointed out that reconstruction of South Street will be taking place this summer just a few blocks away. He said that the county might want to coordinate its project with the city to minimize inconvenience for residents in the area.

Replacement of the concrete arch bridge is currently in the design phase.

In other highway news, Ricketts reported that patching of gravel roads will resume when weather permits.

Additionally, the highway department is examining the possibility of contracting out spraying work on county right-of-way.

Ricketts said Hendricks County is also looking into this possibility.