Arrest made in arson fire at Arlington Street apartment

Just hours after a late-night Saturday apartment fire was confirmed as arson Tuesday, authorities announced the arrest of a suspect in the case.

As a result of an investigation by the Greencastle City Police Department (GPD) and the Indiana State Fire Marshal's Office, 28-year-old Tim Hubble of Greencastle was arrested Tuesday afternoon and booked into the Putnam County Jail on an arson charge. 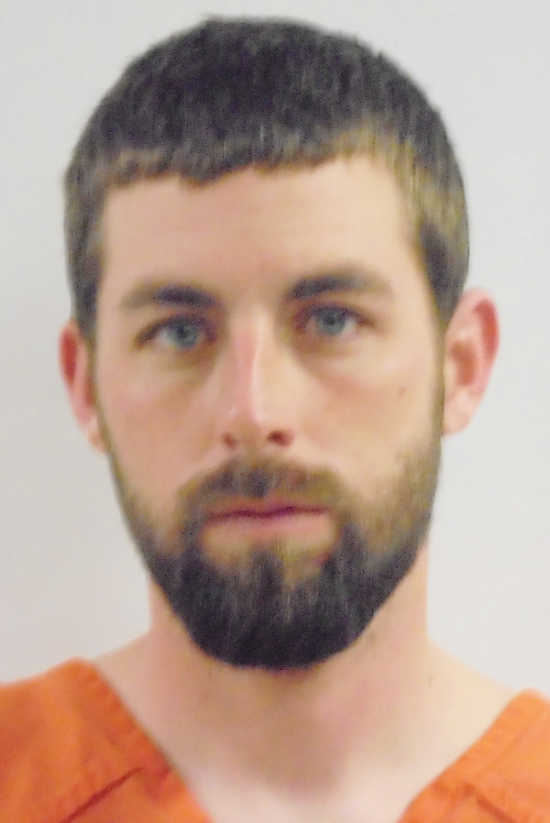 Arson, a Level 4 felony, carries a sentencing range of 2-12 years with an advisory sentence of six years. It can also carry a $10,000 fine.

Earlier Tuesday, the arson declaration was confirmed for the Banner Graphic by Brian Hopkins, Greencastle assistant police chief, following an intense investigation by Josh Kreigh of the Fire Marshal's Office and Det. Michael Collins of GPD.

Hubble was arrested at GPD headquarters after being interviewed there Tuesday afternoon by Det. Collins and fire investigator Kreigh.

"Det. Collins and Josh Kreigh have been working around the clock since Saturday night, and were interviewing the whole weekend," Hopkins said, adding that their investigation had indeed produced "persons of interest" in the case.

The fire was reported about 11:05 p.m. Saturday at 213 S. Arlington St., an apartment connected to the rear of the 601 Anderson St. residence of John Black.

Authorities also confirmed that the homeowner has video surveillance around his property and that videotape involving the incident was reviewed by City Police and the State Fire Marshal's Office.

The apartment occupant, Beth Clodfelter, said she was home with her son's girlfriend when they heard something strike the west side of the structure, sounding as though something had been thrown against the door. Looking out an upstairs window -- the apartment is above a two-car garage on the site -- they saw that the west side of the building was already consumed in flames.

"Yes, it definitely started outside," Greencastle Fire Chief John Burgess said. "It was apparent it started low and worked its way up the side of the building."

Calling it "suspicious" when he was interviewed Monday evening, Burgess said investigators haven't determined any use of an accelerant.

Regardless, vinyl siding like that on the apartment "heats up and melts," Burgess said, with the material acting like a petroleum product and helping to quickly spread the fire.

Assistant Chief Hopkins said there has been no evidence to support the discovery of anything along the lines of a Molotov cocktail -- a crude incendiary device usually made of a bottled filled with gasoline and stuffed with a rag that is ignited prior to being thrown.

"As far as somebody putting something in a bottle and throwing it," Hopkins said, "it doesn't appear that way."

No broken glass was discovered around the area where the fire started, he said. 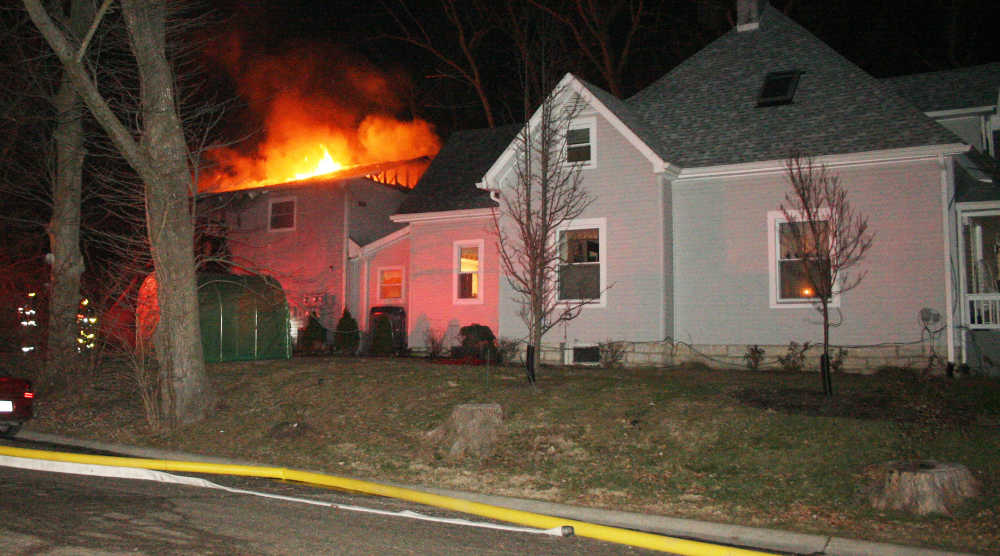 Fire rages at the 213 S. Arlington St. apartment Saturday night. It has been confirmed as arson.

The apartment occupants also reported hearing a vehicle rapidly leaving the scene at the time. Authorities would not confirm whether the videotape captured such a vehicle.

Clodfelter and her guest escaped unharmed by the fire but shaken by the experience.

"We went out the back door," Clodfelter told the Banner Graphic Sunday as she stopped by the residence to sort through her fire- and water-damaged belongings. "Thank god, my grandson wasn't here."

While no one was injured in the fire, the Clodfelter apartment sustained structural damage listed by Chief Burgess at "a ballpark guess" of $60,000.

The adjacent apartment to the south, occupied by Billy Tucker, sustained some smoke damage, while the main house, occupied by Black, had some water damage, Burgess said.

"The guys did a great job of getting it stopped," Chief Burgess said of the fire that produced flames that could be seen leaping from the roofline by the time the first firefighters arrived on the scene just north of Anderson Street.

Assisting at the scene were units from Cloverdale, Fillmore, Madison Township, Reelsville and Bainbridge, while Clinton Township covered the Greencastle station.